New Delhi: India has dropped three ranks from last year in the global competitiveness report released by the World Economic Forum, underscoring the political and economic logjam that has stymied growth and led to widespread criticism of the government.

Now 59th on the list, India has slid 10 places since it peaked in 2009. Once ahead of Brazil and South Africa, the country now trails them by 10 ranks, and is lagging behind China by 30, according to The Global Competitiveness Report 2012-2013.

Lack of basic infrastructure, the report said, is the “single biggest hindrance to doing business, well ahead of corruption and bureaucracy". 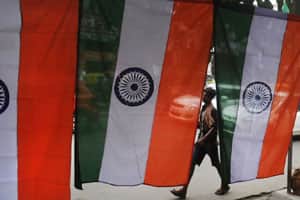 “I am not surprised at such a rating," said Arun Shourie, a minister under the Bharatiya Janata Party-led National Democratic Alliance government between 1998 and 2004, and a journalist and author. “In addition to the earlier uncertainties, new uncertainties have erupted. So many projects are stuck. The government has been unable to perform largely because of its own non-existence and also the obduracy of the opposition that has not been able to push through remedial action."

Investor confidence has been shaken in recent months by government proposals to tax transactions retrospectively; infrastructure projects have been set back by bureaucratic red tape and problems in land acquisition.

Two spokesmen from the Congress party, Manish Tewari and Rashid Alvi said they did not have any immediate comments in response to the report.

The study ranks 144 countries according to the index, which is defined by the set of institutions, policies and factors that determine the level of productivity of a country based on 12 categories for a comprehensive picture of its competitiveness.

The report is mixed on Asian economies. Overall, the Asia-Pacific region continues to be one of the fastest growing in the world and maintains its improvement in terms of economic performance. Economies, including Singapore, Hong Kong, Japan, Taiwan, China, South Korea and Australia, rank within the Top 20. Singapore continues to be the second most competitive economy behind Switzerland, and Hong Kong rose two places and now ranks ninth.

Japan and Australia are ranked 10th and 20th, respectively. China, while dropping three ranks since the last report, continues to lead the BRIC (Brazil, Russia, India, China) countries at 29th place, and Malaysia was placed highest among developing Asian economies at 24th place.

However, not all Asian countries are doing well. Bangladesh (118), Pakistan (124) and Nepal (125) continue to be near the bottom of the index, and Vietnam dropped 10 places to 75th.

“It (India’s growth story) has already gone away. I myself have experienced it in investor meets overseas. They say get your house in order first," said Shourie. “There is complete fiscal irresponsibility (of the government) in the minds of the investors. The target of fiscal management has not been met. Populist schemes like (the rural jobs plan) are the ones that have led to the deficit and the government has no strength to curtail these kinds of measures."

On a positive note, the report noted that India’s inflation is now in single digits. The country also rated somewhat highly in terms of innovative (41) and sophisticated (40) businesses.

As in the past, the top rankings went primarily to European countries, including Switzerland, Finland, the Netherlands, Sweden, Germany and the UK. The US dropped two places to 7.

“One should also remember that many other countries are also slipping in their ranking," said Crisil’s Joshi. “In general, the business environment around the world is getting tough. To be fair, there are some positive things also being considered at least in India —such as (a review of...) GAAR."

GAAR, or general anti-avoidance rules, is aimed at transactions that have been entered into in order to avoid taxes. The government set up a committee to review GAAR, after the move led to complaints by industry that it would discourage overseas investment.