Prime Minister Manmohan Singh declared India’s state of malnutrition a “national shame" on Tuesday, at the launch of a report on hunger and malnutrition (HUNGaMA).

“The problem of malnutrition is a matter of national shame," he said. “Despite impressive growth in our GDP, the level of under-nutrition in the country is unacceptably high." 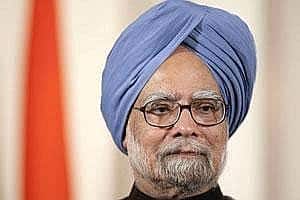 “The report is particularly significant as it is a people’s or citizens’ report and reflects high level of impoverishment among children even though it (malnutrition) has decreased from 53% to 42% over the last survey," said Syeda Hameed, member, Planning Commission.

Even in the “best" ranking districts from the best states, 20% of children under six months of age, and more than 40% of the children under the age of five are reported to be “stunted"—or acutely malnourished. 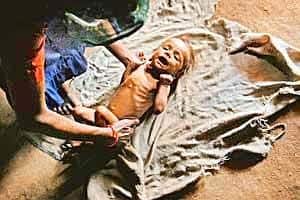 Gender emerged as another area of concern. The report found that while girls appeared to have a nutritional advantage over boys in the first few months of life, that trend was reversed as they got older, “potentially indicating neglect vis-a-vis girls in early childhood." The determining factors of whether a child is likely to become malnourished highlighted in the report include socio-economic class and the mother’s level of education.

A survey from Naandi Foundation on hunger and malnutrition estimates 42% of Indian children under five years of age are malnourished.

According to the survey, nearly 45% of children of illiterate mothers were underweight, while only 27% of the children of mothers with 10 or more years of education were underweight. Children from lower socio-economic backgrounds tended to be more malnourished, particularly those from Muslim or scheduled caste/scheduled tribe households (with the exception of Himachal Pradesh.)

Purnima Menon, research fellow at Delhi-based International Food Policy Research Institute, said the report will have a significant policy implication. “The last survey on malnutrition was done in 2005-06 and this is an updated district-level survey which will allow the government to take suitable remedial measures," said Menon.

If the economy is monitored regularly by the policymakers, so should malnutrition, she said.

Malnutrition in India is measured through the National Family Health Survey using a large-scale, multi-round process set up by the International Institute of Population Sciences (IIPS), a Mumbai-based university that has been designated by the ministry of health and family welfare.