New Delhi: In the first-ever Indian government press conference on Twitter, Sam Pitroda, adviser to Prime Minister Manmohan Singh on public information infrastructure and innovations, championed the cause of putting government information in the public domain to usher in openness and empowerment.

“In India, we have the Right to Information (Act) but the information is locked up in files," he said in a video that was uploaded on YouTube before the conference started. Pitroda said the government has various plans to build robust information infrastructure on a scale that has never been done before.

“I firmly believe that information is the fourth pillar of democracy along with (the) legislature, executive and judiciary," he tweeted as opening remarks during the press conference titled “Democratization of information". 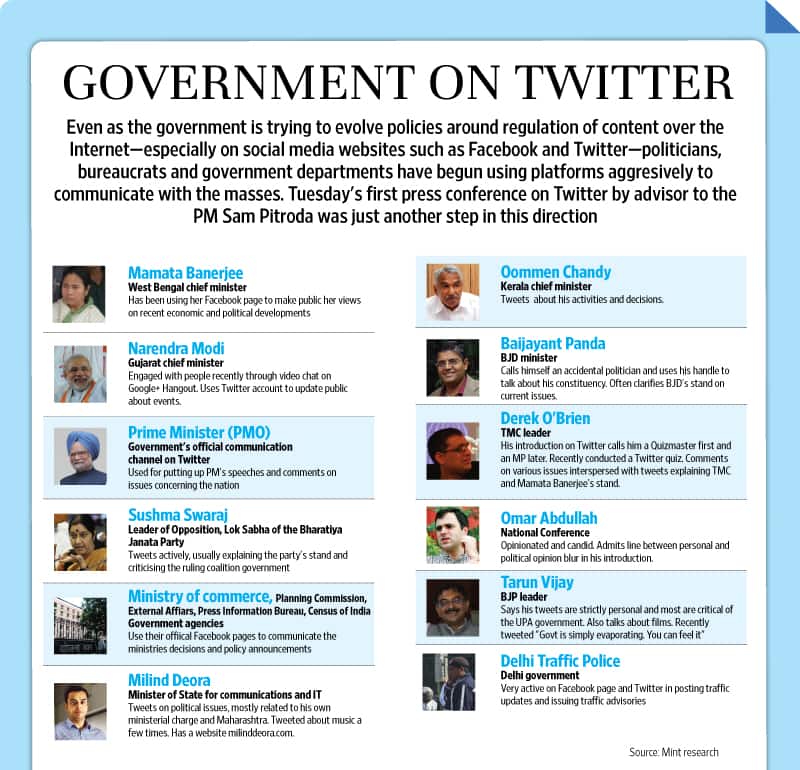 Sunil Abraham, executive director of Bangalore-based research organization Centre for Internet and Society, said too much shouldn’t be read into Pitroda holding a press conference on Twitter. One government bureaucrat available on Twitter for a fixed period doesn’t make up for the non-existence of the government on social media, he said. “They (government) should be available all the time."

Pitroda said that the public information infrastructure (PII) will include a national knowledge network that will connect 1,500 nodes for universities, colleges, research labs and libraries along with connecting 250,000 panchayats in the country through fibre optics. The information network will be operational in the next two year, Pitroda said in the YouTube video.

The government’s open data platform (http://www.data.gov.in), the beta site for which was launched some time ago, will provide access to government data and documents, he said.

Even though the government’s battles with the Internet continue over issues of regulation, which have often been construed as censorship, an increasing number of political leaders and agencies have been using the route to get their message across.

The Prime Minister’s Office (PMO) has also been communicating over Twitter in the recent past. The authorities have sought to block accounts that style themselves as belonging to the Prime Minister. Account holders have said that some of these are satirical in nature.