The World Economic Forum's The Human Capital Report 2016 quantifies how 130 countries, including India, are developing and deploying their human capital

The World Economic Forum’s The Human Capital Report 2016 is an index which quantifies how 130 countries are developing and deploying their human capital, as well as tracks the progress over time. India ranks 105, and while the country’s educational attainment has improved markedly across age groups, the youth literacy rate is still only 90% (103rd globally).

India also ranks poorly on labour force participation, due in part to one of the world’s largest employment gender gaps (121st). But on a more positive note, India does get impressive rankings for Quality of education system (39th), Staff training (46th) and Ease of finding skilled employees (45th). 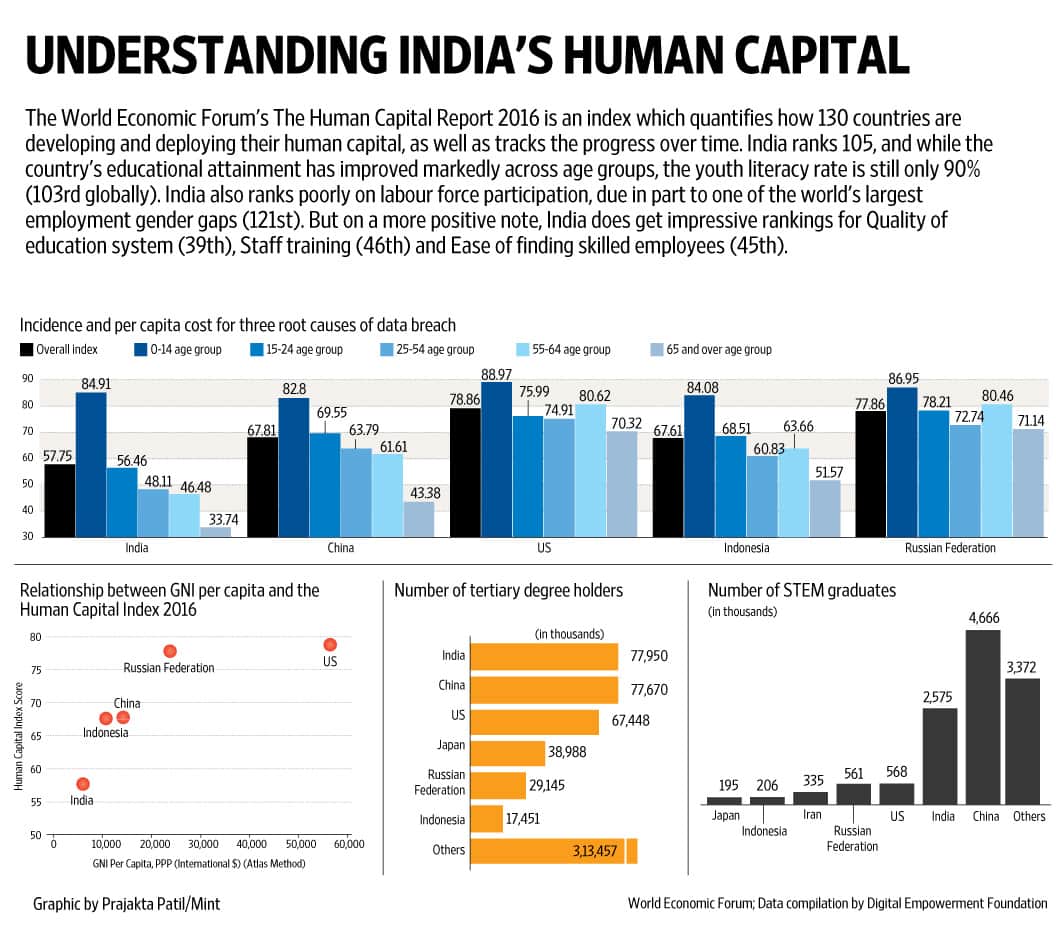