The Constitution of India, the core document prescribing rights, duties and powers of citizens, governments and officials, came into force on 26 January 1950.

The document took two years, 11 months and 17 days to complete and is touted to be the world’s longest Constitution.

However, as an evolving and living document, several amendments have been made to it—101 till 2016—from increasing the number of members of the Lok Sabha from 525 to 545 to making Delhi a National Capital Territory with an assembly.

Amendments to the Constitution require a special majority of two-third members present and voting to be passed in Parliament. 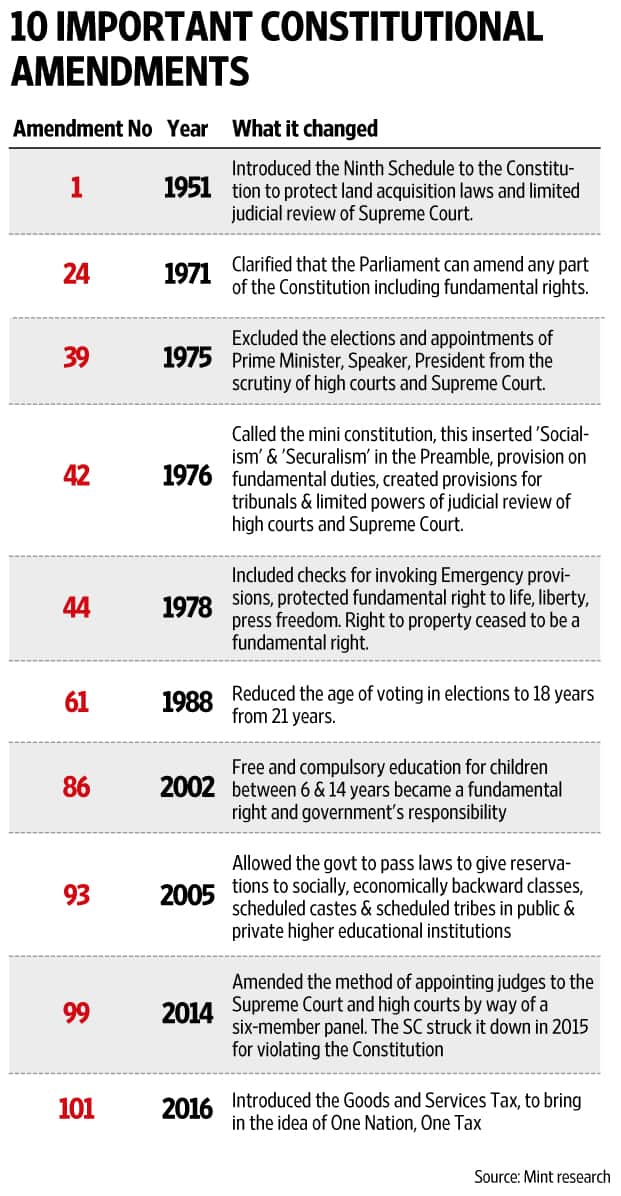