The collective vote share of the Dravidian parties has, however, declined over the past decade.

In that scenario, can the Bharatiya Janata Party (BJP) mount a credible challenge to the traditional Dravidian parties?

The research team at polls website Electioninindia.com and Mint analyse the comparative positions of major political parties in Tamil Nadu among different social and religious groups and the winning margins in the 2011 assembly election and assembly segments in the 2014 parliamentary election. 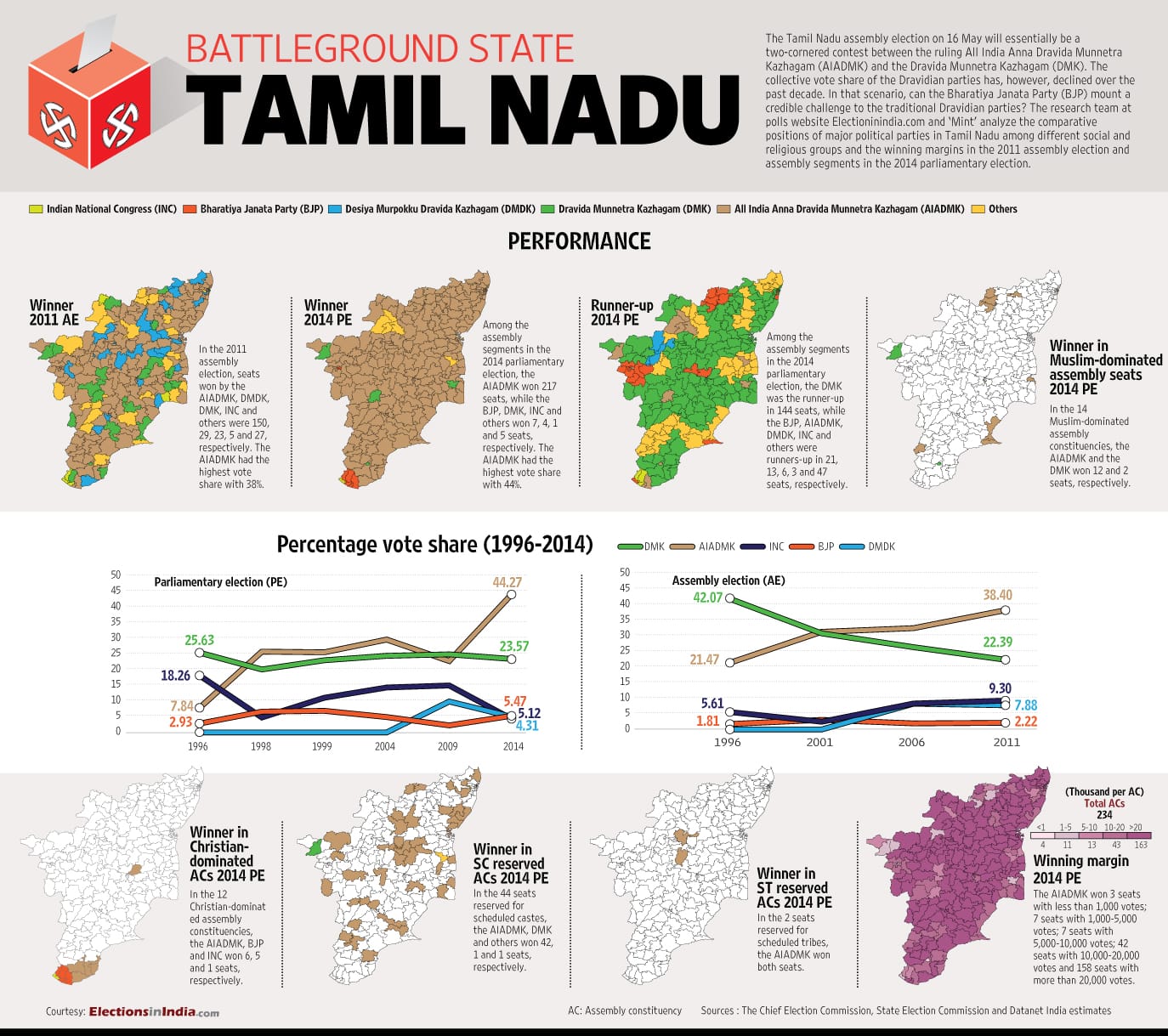