Besides a changing society and rising aspirations, a schooling ecosystem and infrastructure that are more welcoming to girls—more toilets for girls, more women teachers, food in school, more rural and private schools—form the backdrop to this long-awaited gender reversal in school enrolments.

Where girls gained the most

The gross enrolment ratio (GER) for girls indicates what percentage of girls who should be in school at a certain level are in school. Likewise for boys. The difference between the girls GER and boys GER is the gender gap (columns 1 and 2 in the three tables below): a negative value points the needle in favour of boys, a positive value towards girls. In order to see which states made the most progress in bringing girls to school, we looked at the change in this metric between 2008-09 and 2014-15 (column 3).

More schools with toilets for girls

All states showed an increase in the percentage of schools having toilets for girls. And the top 10 touched the North-East as well as some of the poorest states. 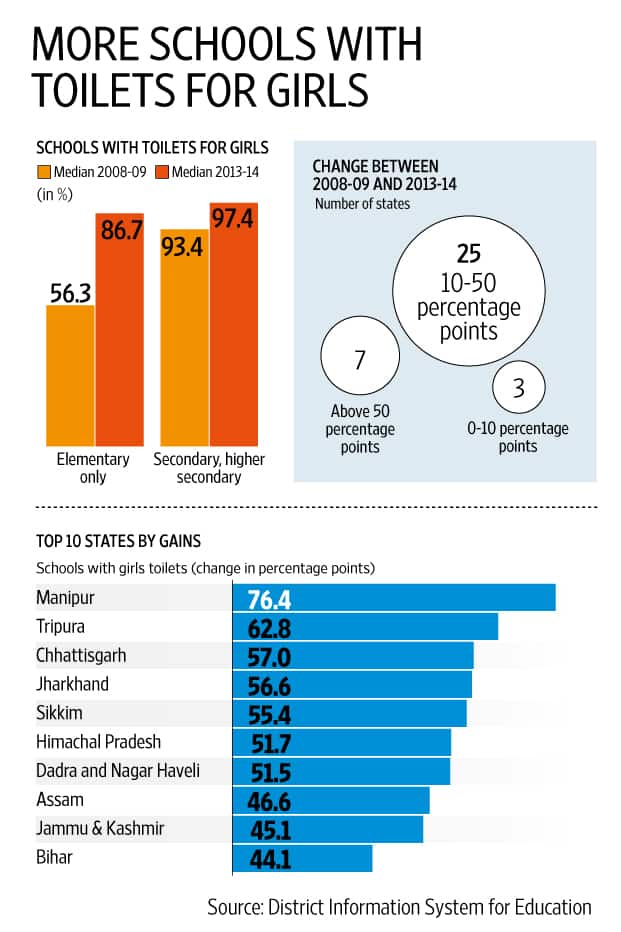 Fewer schools with no women teachers

Of the 35 states and Union territories, 32 showed a decline in number of schools with male-only teachers. 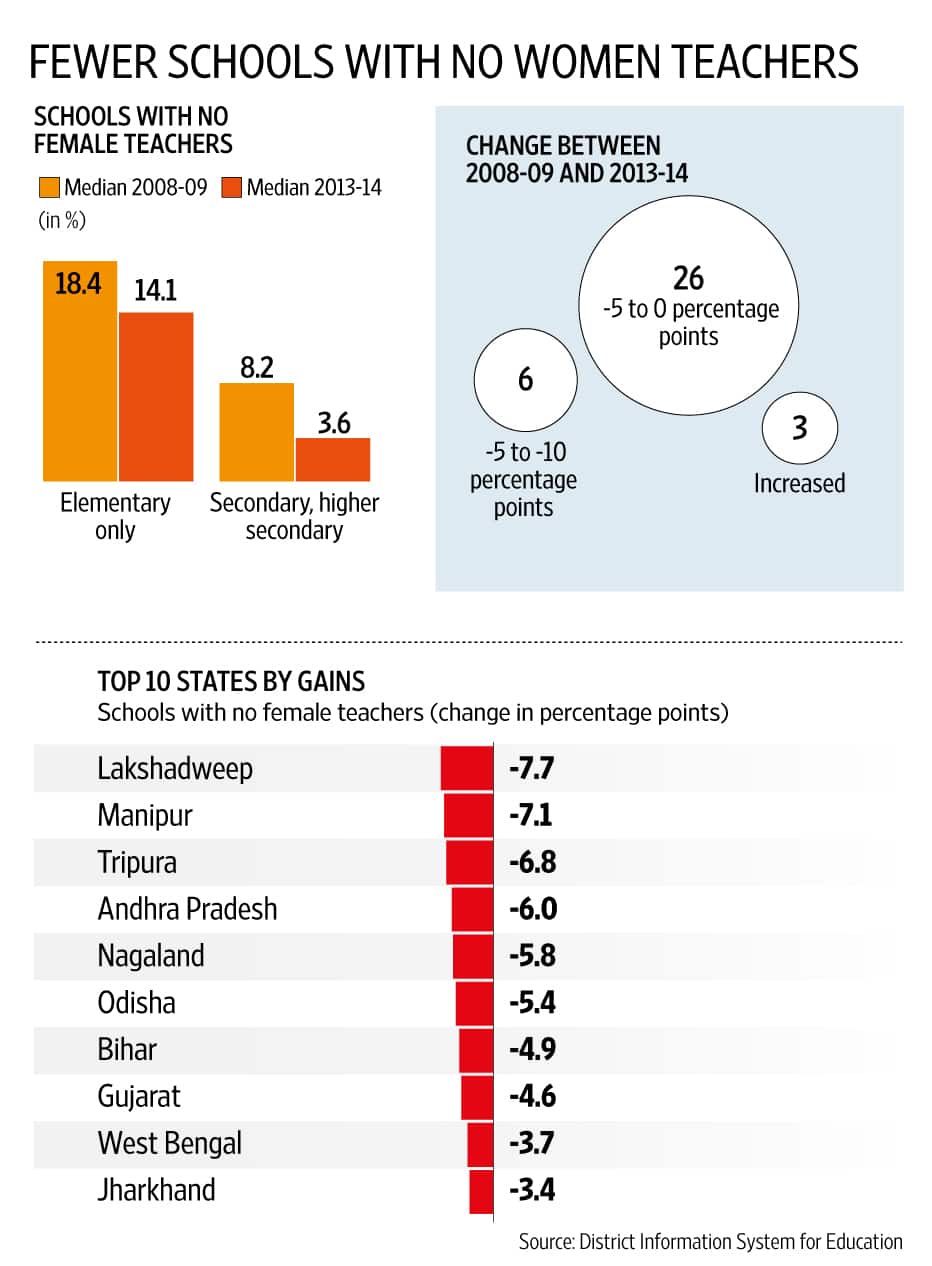 Previous studies had shown the absence of kitchen sheds was as a critical factor affecting mid-day meals and education. Storage and cooking was being done in classrooms or in the open. Hence, the importance of kitchen shades, and sizeable gains have been recorded here. 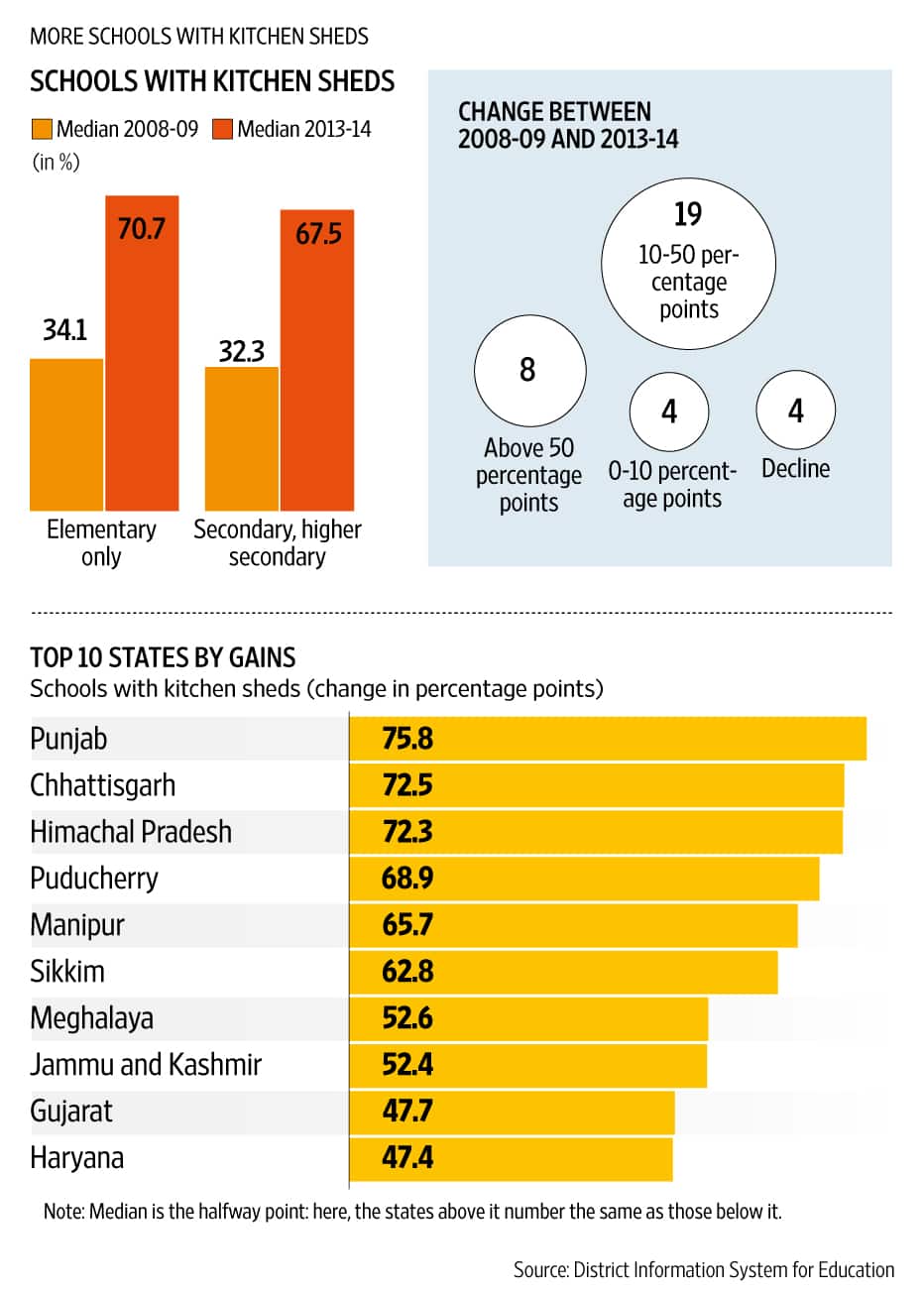 The increase in the number schools is happening not only in urban areas and in the private sphere. Their shares are increasing, but rural has held its own, and the government, which accounts for 78% of all schools in India, has nearly matched private players in capacity addition.