New Delhi: With the Donald Trump administration on Friday officially following through its announcement to impose higher tariffs on $34 billion worth of products from China and China aiming to respond in kind, the US-China trade war is here and now. It all started with Trump unilaterally raising import duties on aluminium and steel with the alibi of ensuring national security. Many countries, including India, retaliated against the action. Here is a list of infamous trade wars in history and their consequences: 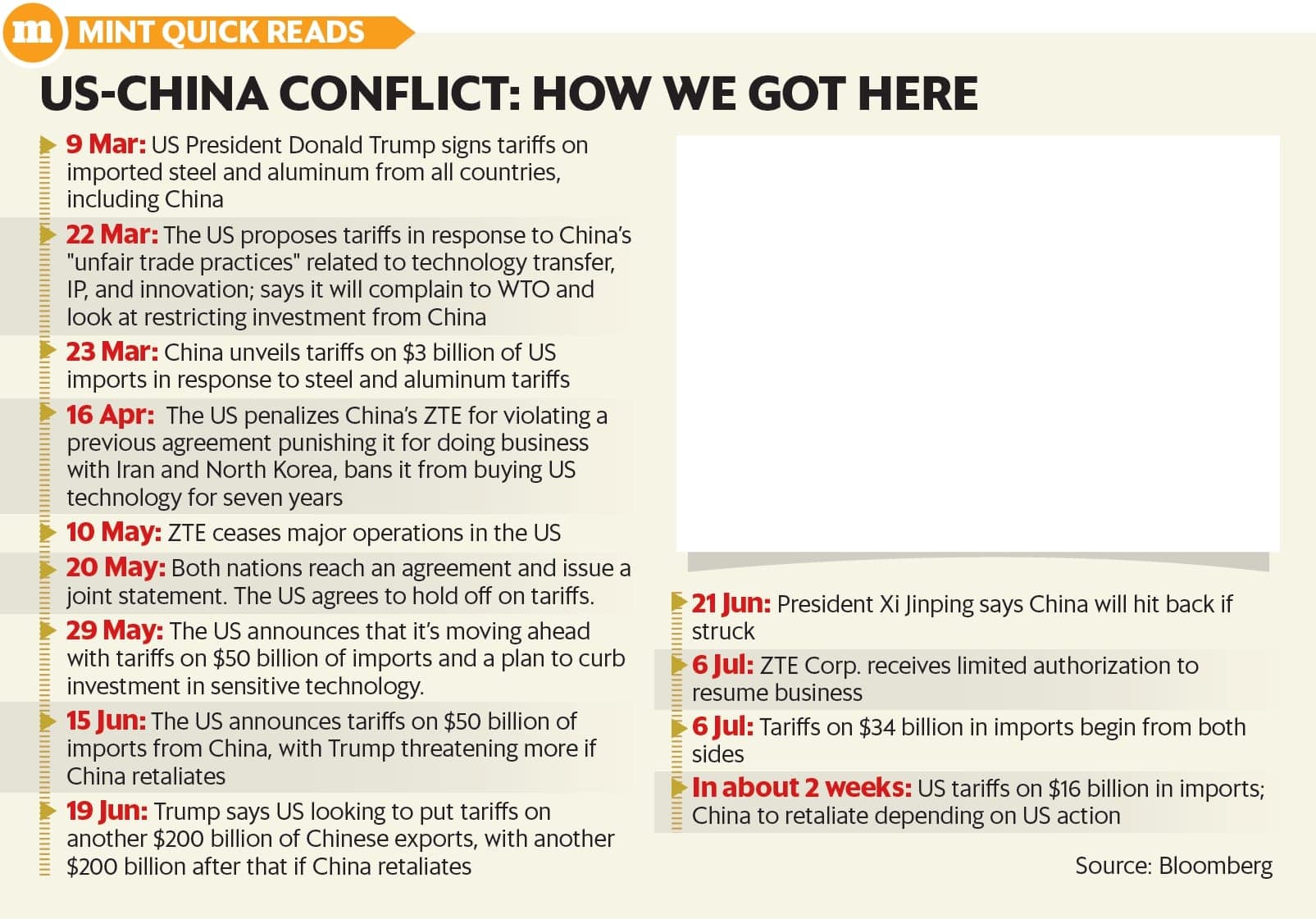 (1) Opium war: The First Opium War was fought between the Qing dynasty and the British Empire between 1839 and 1842 over ban on trafficking of the substance by the British East India Company to China. This led to China losing Hong Kong to Britain During the second Opium war between 1856-1860, Britain along with France forced China to open all of China to foreign merchants and exempt foreign import duties. Both the wars weakened the Qing dynasty and led to modernization of China.

(2) The Smoot-Hawley Tariff Act, 1930: To protect the falling stock market and domestic industry, US president Herbert Hoover signed the Smoot-Hawley Tariff Act introduced by Senators Reed Smoot and Willis C. Hawley, originally to protect the US farm sector. However, president Hoover expanded the scope of the Act to include about 20,000 products from various sectors. While the US successfully reduced its import dependence over the next couple of years, the retaliatory measures from other countries led to 61% dip in US exports by 1933. The trade war only accentuated the Great Depression. However, the act was repealed with the enactment of the Reciprocal Trade Agreements Act of 1934, the US Congress gave the authority to its President to negotiate bilateral trade deals without prior Congress approval.

(3) Chicken wars: In early 1960s, France and Germany imposed high tariffs on American chickens as demand for European chickens fell with people savouring cheaper American chickens. The US retaliated with imposing higher tariffs on a bunch of commodities including French brandy and Volkswagen buses. It even threatened to cut Nato troops to Europe. However, France and Germany didn’t buckle under pressure even though consumers from both sides of Atlantic ocean were the real losers.

(4) The Pasta War: The Regan administration of US raised tariffs on Pasta from Europe in 1985 as its complains of discrimination against its Citrus products fell in deaf ears. Europe retaliated in kind with higher tariffs on American lemon and walnuts. In August 1986, both sides signed an agreement ending the citrus dispute and in October 1987 ended the pasta dispute.

(5) The Banana wars: To restrict import of Bananas to its colonies in Africa and Caribbean, Europe imposed heavy tariffs on import of Latin American bananas in 1993. Since the US companies own most of the banana farms in Latin America, the US filed eight separate complaints in the WTO. The EU agreed in 2009 to gradually reduce tariffs on bananas from Latin America. However, it is only in 2012 that the EU and 10 Latin American countries signed an agreement to formally end all the eight WTO cases, ending the 20 year long banana war.