New Delhi: India and Ghana are close to finalizing the price of gas for a proposed urea manufacturing unit to be set up in the African nation by state-owned Rashtriya Chemicals and Fertilizers Ltd (RCF), removing a key hurdle to the execution of the project. 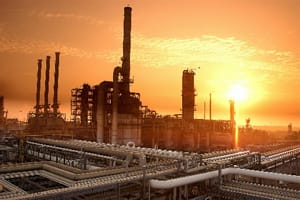 Both these officials spoke independently of each other and declined to be identified. Both, however, said that no final decision on the gas price has been taken yet. The Indian government is looking at routing the proposed $1 billion investment for setting up the plant with an annual capacity of 1.1 million tonnes (mt) through the state-controlled RCF. A bulk of the produce would be shipped to India.

In June, Mint had said that the price of gas was one of the key factors holding up the proposed project.

Both officials cited above said the final call on the price of gas has to be taken by the government of Ghana, which owns the resource.

Ghana high commission officials could not be reached for comment.

Mint had reported on 9 November that another country, Oman, had quadrupled to $3 per mmBtu the price of gas being supplied to Oman India Fertiliser Co. SAOC and was refusing to roll back its decision. Both officials said that $3 per mmBtu was lower than the cheapest gas available in India and urea produced at these rates would be cheaper than that produced domestically. Gas under the administered price mechanism and that sourced from the D6 block of the Krishna-Godavari (KG) basin of Reliance Industries Ltd is sold at $4.2 per mmBtu and is the cheapest gas available domestically.