The need for an identity

The need for an identity

New Delhi: Decades ago, Kalpana Rana’s grandfather trekked through the forests of Nepal and crossed the porous international border like millions of Nepalese do—entering India at a point where the Himalayan terrain abuts the hill district of Darjeeling in West Bengal.

Rana’s father, like her, was born in the shanty part of Kurseong, and found a job on the shop floor of a government press that printed rail tickets in the main part of the hill town. 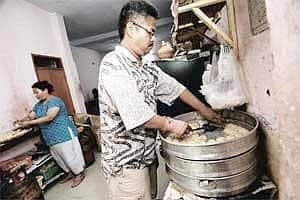 What Rana, a third generation Indian Nepalese, lacked in formal skills and education, she made up with entrepreneurial zest.

The former maid today runs a food stall in a corner of Delhi, serving up traditional staples of thukpa and momos—a small generational advance in a community that’s struggling to climb up the social and economic mobility chain.

“I had to leave home to find work," she says.

Since the mid-1980s, Rana’s homedistrict of Darjeeling had seen a spate of bloody violence as young and old people of Nepalese origin took to the streets to demand a separate state called Gorkhaland. The struggle was one way to fulfil their aspirations of getting decent jobs.

Nepalis have worked in India for generations. But while making a living in big cities may be easier than in the hills, it presents its own set of problems

Rana, like many others, escaped to Delhi in 1986 to chase her own future.

She worked her way up by mopping floors in wealthy homes of Vasant Vihar, the city’s posh residential colony adjacent to where she now lives and runs a food stall, in Basant Gaon. Along with her husband, Phurpa, a former driver, she supplies meat dumplings at wholesale rates to momo sellers specking the city’s streets with their stacked aluminium pans.

The Ranas also cater to a sizeable population of migrants of Nepalese origin—guards, drivers, waiters, cooks, maids, and sometimes, call centre employees—who reside in the neighbourhood and seek out comfort food. Many of her regulars arrived here from Nepal seeking jobs. Others journeyed from different parts of the country—Assam, West Bengal, Uttarakhand—that have a large presence of India-born Nepalese.

Often it’s hard to make a clear-cut distinction between these two migratory stocks, internal and external. Way back in 1950, as winds of communism blew from the north, India and Nepal signed a peace treaty to allow people and ideas to travel freely across the 250km-long wrinkled border—an open gate, for all practical purposes, and perhaps one of the most easy-going international zones in the world.

This openness is in stark contrast to many of the closed-door border policies in other parts of the world. The US, for example, spends billions of dollars in funds, personnel and equipment— such as drones, sensors, stadium-style lighting and fencing—to still the flow of undocumented immigrants through its southern border, pushing illegal crossings through a patch of the bone-dry Sonoran Desert, often called the “death corridor".

Here, the opposite is true. Streams of Nepalese come to India searching for work to pass the long icy winter, returning home only when the colours of season change. Now a growing number of them aspire to fly out to Dubai or Malaysia from here, a springboard for greener pastures.

While there are no concrete figures on Nepalese in India, a 2007 survey by the Institute of Social Studies in the Netherlands says five-seven million Nepalese live in India. About 300,000-500,000 live in Delhi alone. The exodus intensified during the last two decades, coinciding with internal strife in the Himalayan nation.

With the notion of legal entry permits virtually non-existent, Nepalese citizens can live and work in India without a visa or work permit. Apart from the peace pact, close geographical proximity means India and Nepal share a long history of human movement, drawn together by common cultural customs, script and religion. The bulk of recruits in the Indian Army’s infantry wing, Gorkha Rifles, are drawn from Nepal, a colonial legacy that continues till today.

Descendants of many Nepalese armymen today live in Gorakhpur, a border town in Uttar Pradesh and home to one of the earliest recruitment centres —the Gorkha Recruitment Depot. Many retired soldiers, such as T.R. Thapa, have settled here to access healthcare and education, but like others, he travels over to his native village in Nepal to meet relatives.

Soldiers aside, the movement of the Nepalese working class population is most inconspicuous—akin to inter-state migration, as they travel as seamlessly as a migrant from Bihar or Tamil Nadu would to another state in the country, according to Binod Khadria, professor of economics and director of International Migration and Diaspora Studies Project at Jawaharlal Nehru University.

The freedom to move without restrictions also means that the Nepalese community in India remains a highly disparate and invisible group, says Khadria. “They have little need to come together like other diaspora groups to identify with their homeland," he says.

The want of an identity consciousness, though, is increasingly being felt. Without citizenship and voting rights, the community often cannot easily access government amenities promised under the 1950 treaty—school admission, ration card, a bank account—as local politicians have little stake to push their demands. The community has also suffered from anti-Nepalese sentiment in states such as Sikkim and Assam, as land and jobs get scarce.

On a late winter afternoon earlier this year, hundreds of Nepalese men and women gathered in a south Delhi park for a volleyball game. Giggles and laughter filled the crisp air. Lounging in a plastic chair, Tikaram Pokharel watched the festivities with pride. As a member of the 2,000-strong Migrant Immigrant Nepali Association in Delhi (MINA), occasions such as these provide an opportunity to discuss the challenges of assimilation.

The association’s aim, says Pokharel, is not just to raise demands of state benefits, but also encourage a good work ethic among its members. Apart from the wide-scale problems of cross-border human trafficking, cases of crime involving Nepalese, who flee the country to cover police tracks, has given a bad name to his people, he adds.

But associations like MINA are too few and far between. So new entrants tend to rely on their own under-the-radar network for jobs and to escape exploitation.

Just weeks before the recent Uttar Pradesh state elections, the only time the border gates temporarily shut for a day or two, Deepak Maghar, 16, and Ramesh Maghar, 22, left their village in Nepal for India with an elderly uncle who was visiting from Delhi. Food and job insecurity prompted both the school dropouts to leave.

They walked for about half-an-hour from their village to the main road to catch a bus to the border, five hours away. Then, they hopped onto a horse cart to reach the station and catch a train to Delhi.

Emerging from the train after a 20-hour journey, the two boys headed to south Delhi’s Yashwant Place Food Plaza, where about two dozen cubicle-style cafes spill onto a very long veranda. If the city noise seemed strange to them at first, the place bore hints of homey familiarity.

The two boys immediately found work at Laguna cafe, joining 100-odd Nepalese boys who prepare momos and wait on tables at the market. “Momos came to the market from Nepal via these boys way back in 1986," says Birbal Satija, owner of Laguna.

With better earning prospects than in his country, Ramesh, the shorter of the two boys with jet-black spiky hair, believes he made the right choice to come to Delhi. “I’ve come here to work," he says with a smile.

He doesn’t know whether he’ll return home for good or reside here permanently.

Liz Mathew in Gorakhpur contributed to this story.

This is the concluding part of a series that profiled foreign communities that are contributing to India’s cosmopolitan culture.

Also Read |The previous stories in the series