New Delhi: India may offer visas on arrival to citizens of three more South-East Asian nations, seeking to cement ties with a region that’s emerging as one of its key markets, when it enlarges the list of countries eligible for the facility. 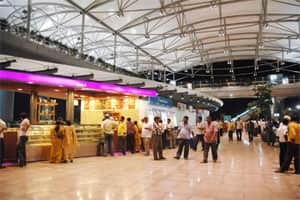 The government is considering extending the facility to 13 more nations.

“The countries where we will expand our visa on arrival scheme will be decided by May or June," said a tourism official, who didn’t want to be named. “We might not give it to all the countries under consideration, but there will be a few for sure."

The countries that are being considered for inclusion in the scheme includes Malaysia, Thailand, Brunei, Spain, France, Germany, Sweden, Russia, Ukraine, Kazakhstan, Brazil and South Africa.

Mint’s Moulishree Srivastava says India may give preference to South East Asian nations when it draws up its list of countries whose citizens are given a visa on arrival.

“We have seven out of 10 Asean (Association of Southeast Asian Nations) countries covered under the scheme already," said the official cited above. “Rest three—Thailand, Malaysia and Brunei—may also get it this time as the whole region has become a potential market for us."

The number of visitors from South-East Asian countries grew by 22% to 439,043 in 2010 from 2009, according to the latest available tourism ministry data.

According to the Economic Survey 2011, the growth in tourist inflows between 2012 and 2014 is likely to be driven by regions other than North America and Western Europe and will be led mainly be regions like South Asia, East Asia and South-East Asia.

“South Asian countries have a better bet now to get the scheme as the business with these countries have been increasing over the years," said Iqbal Mulla, president of the Travel Agents Association of India.

“If there is a hassle-free movement in and out of country, it will definitely help in attracting more investment and businesses from our neighbouring countries," said Mulla. “But, if India doesn’t act now and make it easy for people to come here, we are going to miss the bus."

In 2011, India received 12,761 tourists under the visa on arrival scheme, with the largest numbers coming from New Zealand and Japan with 2,762 and 2,344, respectively.