How representative are India’s MPs?

The Economist recently examined how representative the incoming 114th US Congress is of the broader American public. The newspaper, perhaps not surprisingly, found (mintne.ws/1B8Ug6y) that America’s legislators have very little in common with the average Joe on Main Street. We decided to perform a similar exercise for the 543 members of Parliament (MPs) inducted into the Lok Sabha in May 2014. We, too, found very stark differences.

For starters, India has one of the youngest populations in the world—with a median age of 24, according to the 2011 census—yet, the median Lok Sabha MP is around 55 years old. Although the percentage of women in the Lok Sabha reached an all-time high in 2011 (11.2%), this is still shockingly low compared with the female share of the population. And while the census has not yet released religion-wise population data for 2011, Muslim representation in the lower house is less than one-third of their share of the population, based on 2001 figures. 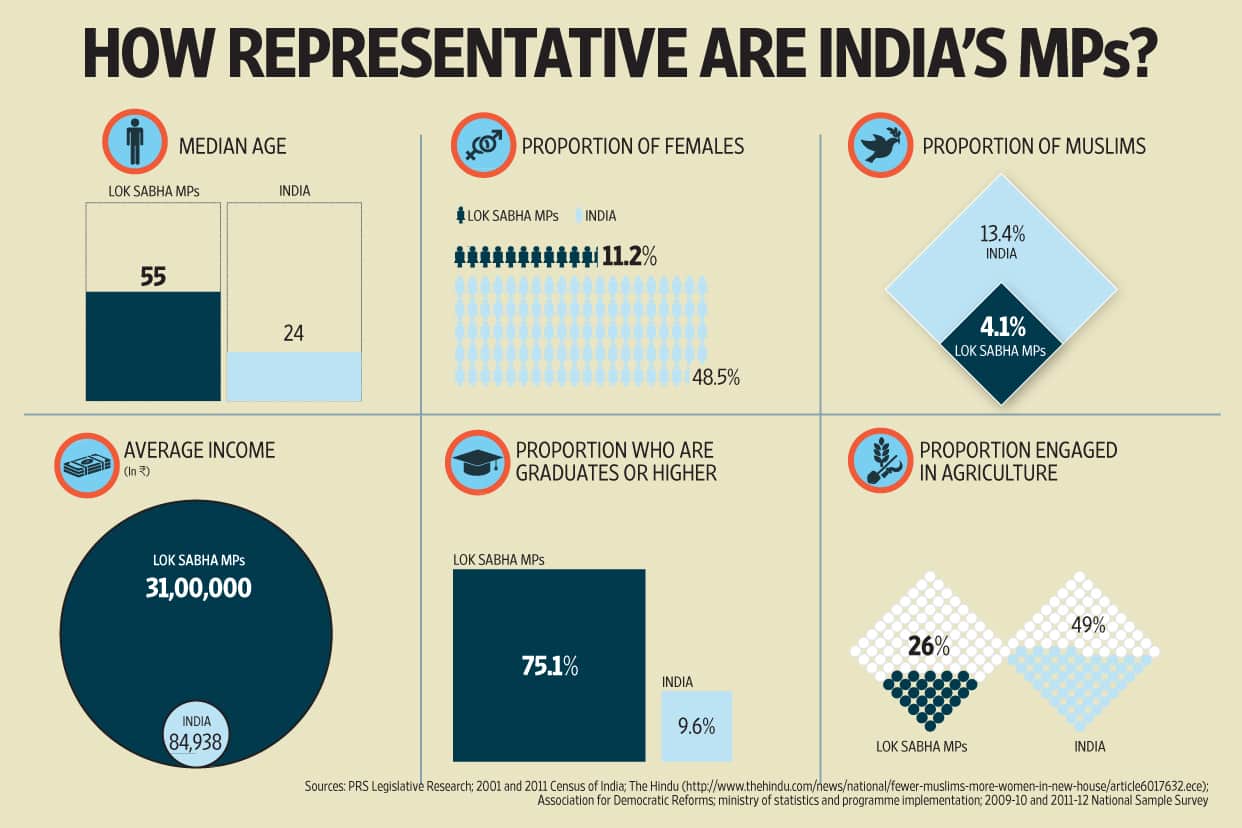 The dimension on which there is the greatest discrepancy is wealth. The average MP reported an income of Rs31 lakh in 2012-2013 (this does not include the income of their spouses or dependents) on their nomination papers, a figure that is thirty-six-and-a-half times India’s average per capita income. There are major differences on education and occupation as well. Three-quarters of Lok Sabha MPs are graduates, which is leaps and bounds above the 9.6% of Indians at large. And despite the fact that half the population is employed in agriculture, just one in four MPs can claim such an affiliation.

In this era of bonhomie between India and the US, the two have even more in common than we thought.