’Diversification of export markets need of the hour’

New Delhi: India needs to further diversify its export markets as its trading partners may resort to protectionist measures in the wake of global economic uncertainty, said the Economic Survey 2011-12. The survey said “while India has made major strides in its diversification of export markets, a lot needs to be done to not only diversify the export basket but also have a perceptible share in the top items of world trade". 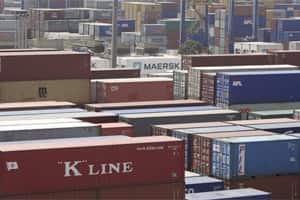 The growth in exports, which was moving robustly at 40.6% during the first half of this fiscal, began to decelerate from October due to the euro zone crisis before recovering back to 6.7% and 10.1% in December 2011 and January 2012, respectively.

In the top 100 import items of the world in 2010, India has only 15 items with a share of 2% and above. Of these, only 3 items are in the top 25 and 4 in the top 30. Among the top 100 items, there are many where India has already developed competence but India’s share is very small. “Some of them are simple items like taps, valves, pipes, boiler and tanks".

Besides, some of India’s trading partners are dependent on Europe, thus affecting India’s trade indirectly, it added.

The Economic Survey also has raised concerns on increasing bilateral trade deficit with countries like China and Switzerland. It further said that as per the World Bank and IFC report, India is ranked 132 on ‘ease of doing business´, it said, adding neighbouring countries like Sri Lanka, Vietnam, Pakistan and Bangladesh are ahead of India. The Survey was tabled by the Finance Minister Pranab Mukherjee in the Lok Sabha on Thursday.

Commenting on the widening trade deficit, the Reserve Bank of India in its monetary policy review on Thursday said that while merchandise exports growth decelerated, moderation in imports growth was less pronounced leading to a larger trade deficit.

India’s trade deficit during April-January this fiscal stood at $148.7 billion as against $105.9 billion in the same period last fiscal. “With sluggish demand conditions in the advanced economies impeding exports growth and crude oil prices rising sharply, the current account deficit (CAD) is likely to remain high. The financing of the CAD will continue to pose a challenge so long as the global situation remains uncertain," it said.

The Economic Survey said that with UAE becoming India’s largest trading partner, followed by China, the US which was at the first position in 2007-8 relegated to third spot. “Time to export is 16 days for India, 21 for China, and 5 for Denmark. Cost to export is $1,095 per container for India compared to $500 in China and $ 450 in Malaysia. Number of import documents that need clearance are 9 in India, 5 in China, and 2 in France," the survey said. Time to import is 20 days in India, 24 in China, and 4 in Singapore. Cost to import is $1,070 per container in India, $545 in China, and $ 439 in Singapore, it added. “Thus, a lot needs to be done on the trade facilitation front," the survey said.

It added that the challenges for India on the trade front are daunting but they need to be addressed with speed and dexterity as the opportunities are equally great and still untapped. Greater trade facilitation by removing the delays and high costs due to procedural and documentation factors, besides infrastructure bottlenecks is another major challenge for the country’s merchandise shipments.