New Delhi: The Lucknow bench of the Allahabad high court directed the Union government and the Uttar Pradesh state administration on Tuesday to ensure that the print and electronic media don’t report on the movement of troops.

The court passed the order in response to a public interest litigation (PIL) filed as a reaction to a 4 April report in The Indian Express, which claimed that the highest offices of the government were spooked by unusual troop movement towards Delhi on the night of 16 January. 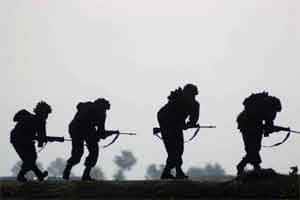 “The issue of movement of army troops is not a matter of the kind which should require public discussion at the cost of defence official secrecy and the security of country," said the court.

“Thus, without interfering with the independence of media and keeping in view the fact that the news items relating to movements of troops have already engaged the attention at the highest level in the defence as well as in the government, we think it appropriate to direct the secretary, home affairs, and the secretary, information and broadcasting, government of India, and the principal secretary (home), government of UP, to ensure that there is no reporting/release of any news item by the print as well as electronic media relating to the subject matter, namely, the movement of troops as contained in the accompanying annexures," the court ruled.

Thakur, 38, is a Lucknow-based activist who works on the Right to Information, transparency and governance issues.

When asked what she thought of the court’s order, Thakur said such a ruling was needed, arguing that the news report could have instilled fear in readers that a Pakistan-type scenario, with the army taking power, was possible in India. The Pakistan army has forcibly seized power three times in the past.

“Everyone from the Prime Minister to the defence secretary has denied the story. Such reporting must not happen," she said.

On her main plea of a judicial inquiry being dismissed, Thakur said, “I thought at least the truth should come out through a judicial inquiry. But they said the court also has its limitations. Also, there’s a case going on about media in the Supreme Court."

A constitution bench of five judges is considering guidelines for the media’s reportage of court proceedings after a string of complaints about misreporting.