Richest 1% now wealthier than rest of the world, says Oxfam

The gap between the haves and have-nots of the world is steadily increasing and in proportions that cannot be glossed over, the international anti-poverty charity Oxfam International says in a report titled An Economy for the 1%. 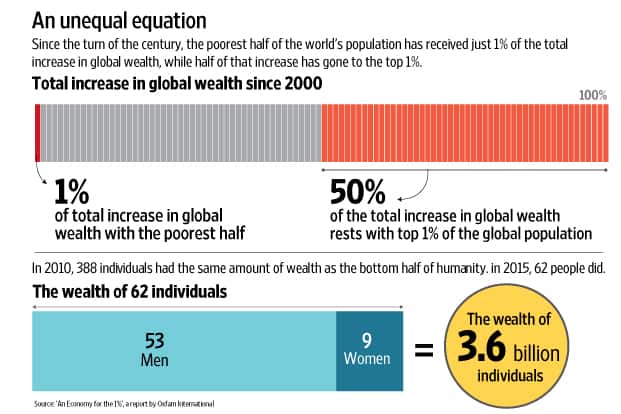 In the report published on the eve of the World Economic Forum’s (WEF) annual meeting in Davos, Switzerland, the non-profit organization, citing data from Credit Suisse Group AG, said the world’s most affluent controlled most of the global wealth in 2015. That’s a year earlier than it had anticipated. 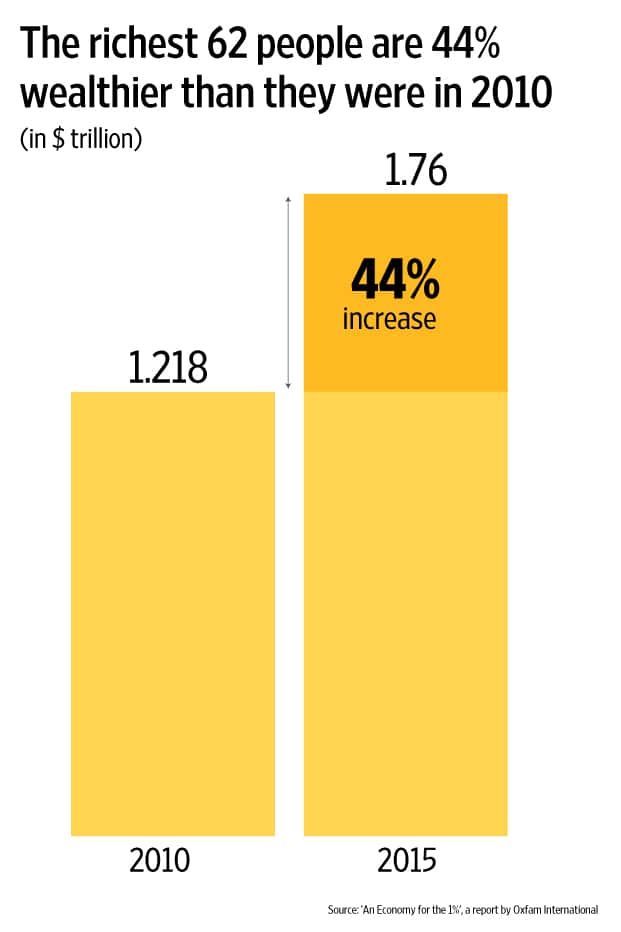 The charity used the statistics to argue that growing inequality poses a threat to economic expansion and social cohesion around the world. Those risks have already been noted in countries from the US to Spain, where voters are increasingly backing populist political candidates, while it’s sowing tensions on the streets of Latin America and West Asia.

“It is simply unacceptable that the poorest half of the world’s population owns no more than a few dozen super-rich people, who could fit onto one bus," said Winnie Byanima, executive director, Oxfam International. “World leaders’ concern about the escalating inequality crisis has so far not translated into concrete action." To rebalance power within global and national economises, the report suggests some interventions to keep a check on the influence of the very rich and to empower people who are currently excluded from the power structure.

Among these are promoting “women’s economic equality, sharing the tax burden fairly to level the playing field".

For workers, they suggest increasing minimum wages towards living wages, promoting transparency on pay ratios and protecting workers’ rights to unionize and strike.

The report also calls for the end of tax havens, describing them as unjust and a legal means that allowed the rich to remain rich, estimating that tax havens help the rich hide $7.6 trillion.

The Oxfam report calls on world leaders and governments to work towards creating a worldwide tax transparency system. 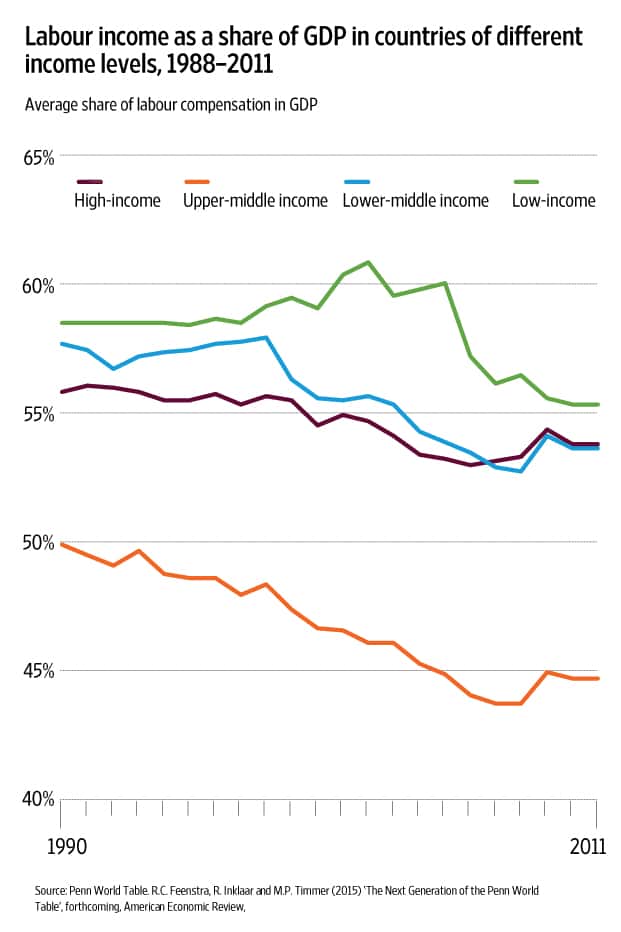 Politicians should agree on a global approach to ending the practice of using offshore accounts, it said.