For aviation ministry, no case for reopening old Bangalore airport

For aviation ministry, no case for reopening old Bangalore airport

New Delhi: The Union civil aviation ministry has concluded after a fresh study that congestion is a problem at Bangalore’s new airport only during peak traffic hours, which does not neccesitate reopening the old city airport, a senior ministry official said.

The official, who wished to remain anonymous, spoke two days before the Karnataka high court takes up a petition to reopen the Hindustan Aeronautics Ltd (HAL) airport that has been shuttered since the night of 23 May, hours before the new facility opened. 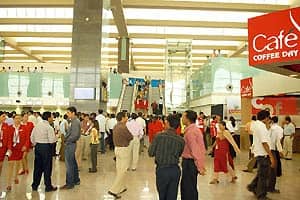 Some citizens groups and companies in Bangalore have lobbied for reopening the old airport, complaining that the commute to the new airport is too long as it takes up to two hours from the city. They argue that the Union government is encouraging a private monopoly by not allowing competition for Bial.

Senior aviation ministry officials, together with those from the Airports Authority of India (AAI) and aviation regulator Directorate General of Civil Aviation, met on Tuesday with Bial executives in Bangalore to discuss the new study. No consensus was reached at the meeting, the same official said.

“Bial is not agreeing at all to commercial operations at the HAL airport. They are not even allowing Haj operations (flights from the old airport)," he said.

The final study on passenger demand and capacity at the airport, conducted by AAI, has been submitted to solicitor general Goolam Vahanvati, who will present the government’s case at the hearing in the Karnataka high court, another civil aviation ministry official said.

More details of the study weren’t available. In an earlier study to assess the airport’s demand-capacity mismatch, as reported by Mint in June, AAI had said the new airport has been built to handle 9.78 million passengers against the nearly 10.5 million handled last year by the old airport. These figures were not confirmed by Bial.

Bengaluru International Airport will have the capacity to handle 11 million passengers in its first year of operation, according to Bial’s website.

With air traffic growing rapidly over the past few years, the civil aviation ministry had asked Bial to expand capacity by building another, bigger terminal building and an additional runway on the same 400-acre site. Nearly Rs2,500 crore, roughly the amount spent to build the airport, will be required for the expansion, but it could take two-three years, according to civil aviation ministry officials.