New Delhi: India’s overseas shipments are declining at a slower pace due to government assistance to exporters, according to commerce and industry minister Anand Sharma.

The downward trend, hopefully, has been arrested, Sharma said replying to a question in Parliament on Wednesday. The figures for the last three months indicate that there is now a turnaround which is visible, primarily because of the various measures taken by the government, he said. 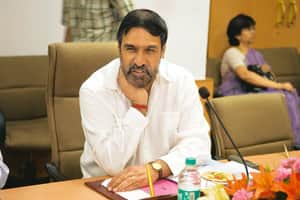 The government will release export figures for June on 3 August.

The slump in India’s export growth is primarily because of the fall in demand in markets abroad, particularly traditional destinations which includes the US, the UK, the euro zone and Japan, Sharma said.

Reserve Bank of India governor D. Subbarao on 20 June had said a pick-up in exports is critical for the economy, which is forecast by the central bank to grow 6% this year, the slowest pace since 2003.

Stimulus measures including interest-rate subvention, easy availability of credit and a service tax exemption have helped exporters narrow losses, according to Sharma.

Declining exports have resulted in companies cutting 500,000 jobs in 10 industries as the worst recession since the Great Depression forces manufacturers to reduce production, Sharma said in a written reply to another question in Parliament.

The estimate of job losses come from a labour bureau survey conducted for the October-December quarter, Sharma said. The survey covered mining, textiles, metals, automobiles, gems and jewellery, transport, construction, computer services, leather and hand-made textiles, the minister said. As many as 250,000 jobs were added in some industries in the following quarter, he said.