New Delhi: India’s richest quintile accounts for 45% of aggregate household disposable income while the poorest quintile earns barely 7% of the aggregate income pie, according to the latest data from a nationally representative survey conducted this year.

The Household Survey on India’s Citizen Environment & Consumer Economy (ICE 360° survey), covering 61,000 households, is one of the largest consumer economy surveys in the country since the National Sample Survey Office (NSSO) conducted the consumer expenditure survey in 2011-12. 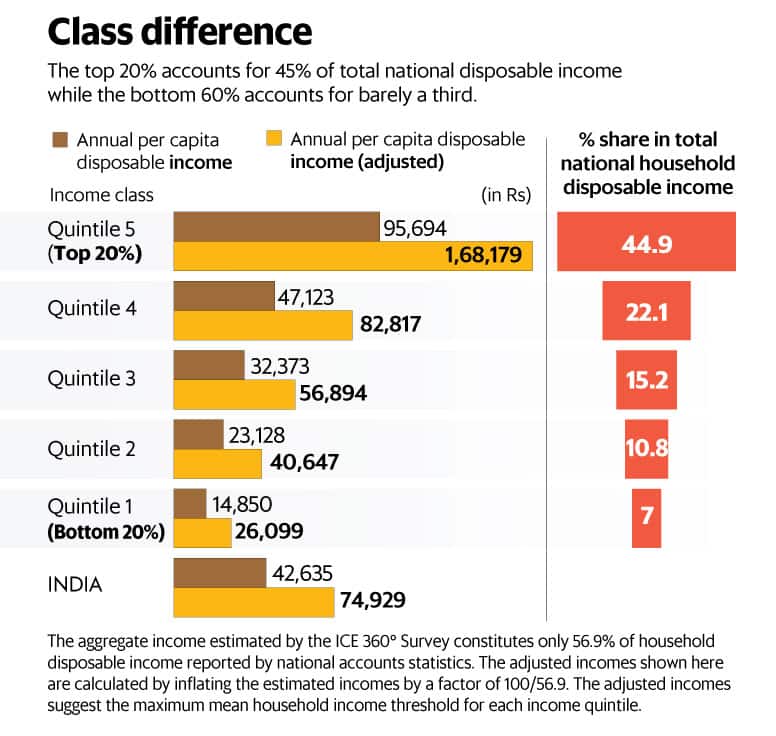 What this means is that you are quite unlikely to encounter the truly poor in your daily life if you live in a metro, and those you think of as the urban poor (your maid or your driver, for instance) are likely to be closer to the top of India’s income distribution than to the bottom. 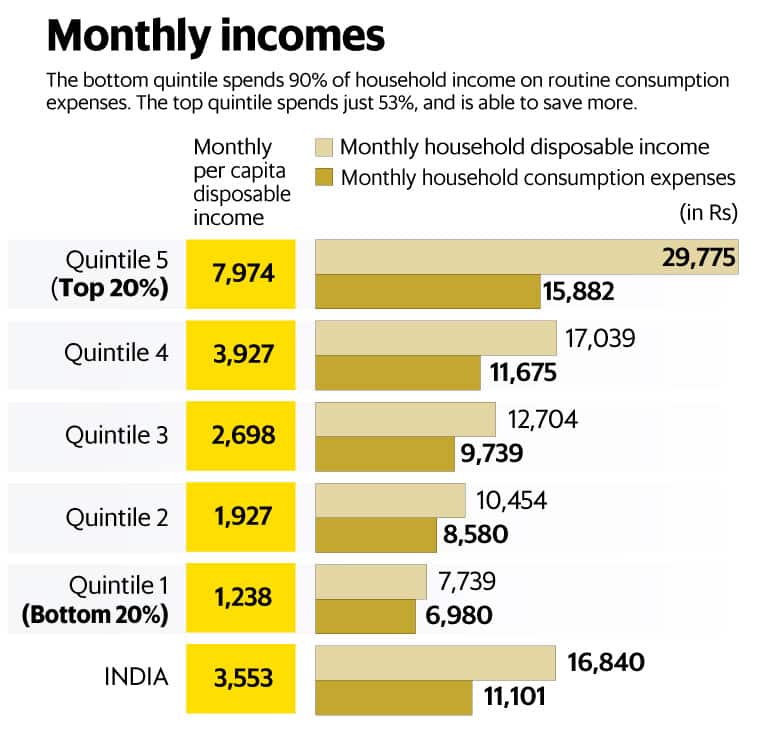 One of the most attractive features of the survey is that it is representative at the level of economic clusters. Urban India has been divided into four clusters: metros (population of more than five million), boom towns (2.5-5 million), niche cities (1-2.5 million) and other urban towns (less than one million).

Based on a district development index, rural India has also been sliced up into three different clusters: “developed rural", “emerging rural", and “underdeveloped rural". 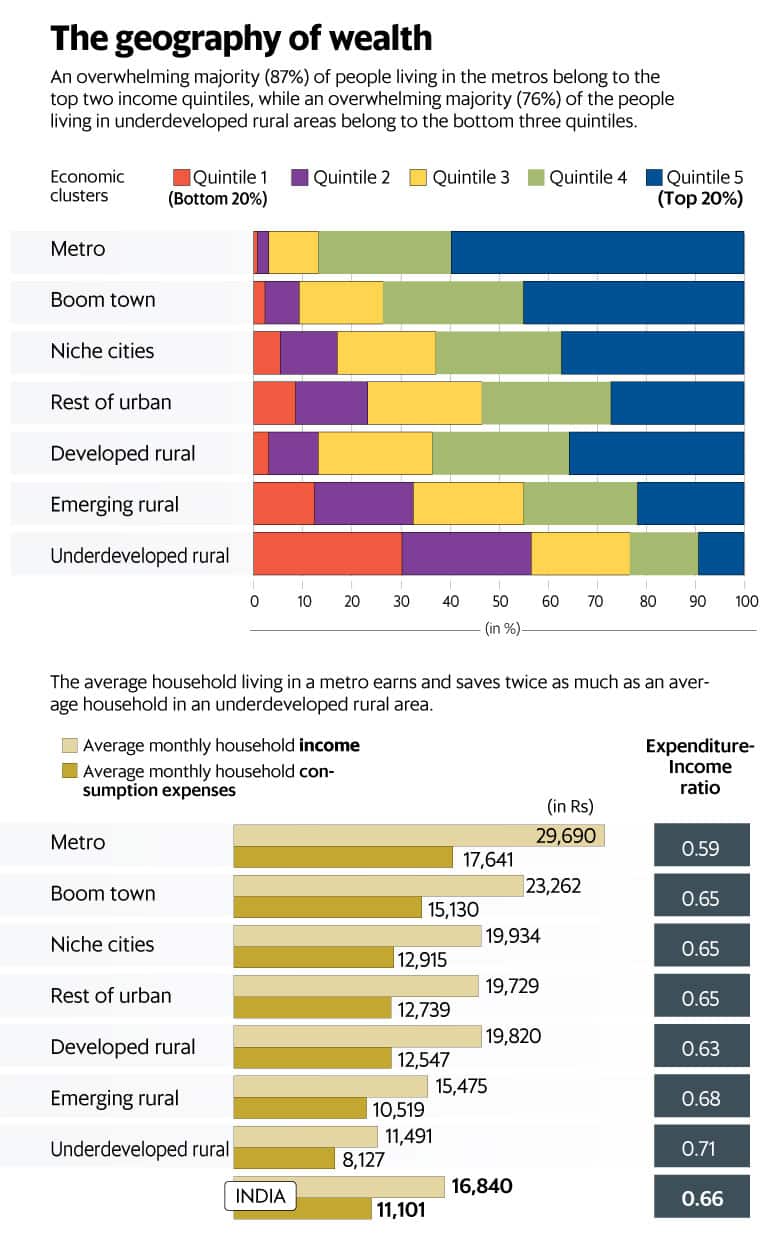 Interestingly, the average income and average consumption expenditure of households in developed rural areas is roughly equal to that of households living in niche cities, shows the survey. 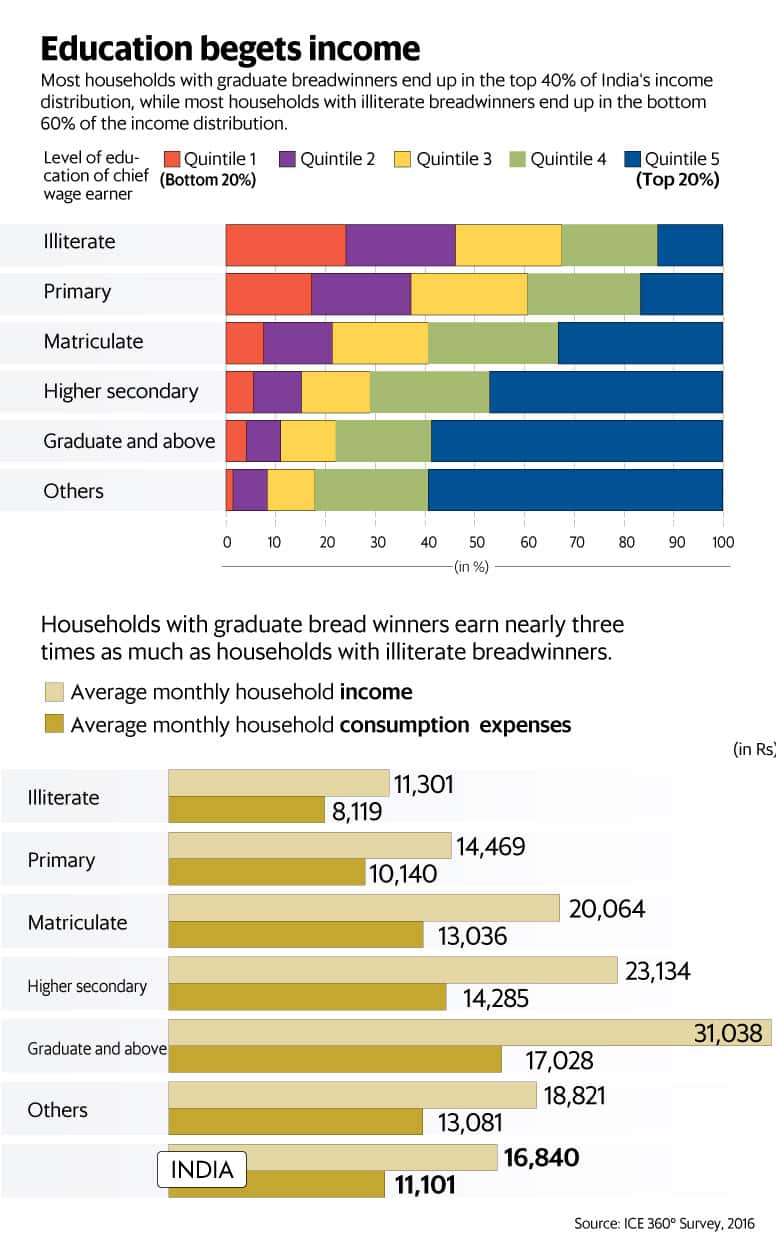 This is the first in a 16-part data journalism series that looks at how India lives, thinks, earns and spends, based on the latest results from a survey conducted by People Research on India’s Consumer Economy in 2016 and shared exclusively with Mint. The Household Survey on India’s Citizen Environment & Consumer Economy (ICE 360° Survey), covering 61,000 households, is the largest consumer economy survey in the country since the National Sample Survey Office conducted the last consumer expenditure survey in 2011-12.

The next part will look at the socio-economic profile of India’s top 1%.