New Delhi: The parliamentary standing committee on finance has proposed closer scrutiny of benami transactions and stricter punishment for such deals in its recommendations on a draft law.

A benami transaction is one in which wealth amassed illegally is used to purchase property in the name of another person or under a fictitious name.

The committee, which submitted its report on Monday, has recommended that benami transactions in the names of close relatives should be brought under the purview of the Benami Transaction (Prohibition) Bill 2011, and that punishment should be up to three years in jail.

The Bill had proposed that transactions in the name of spouse, brother, sister or other close relatives should not be prohibited.

It had stipulated a maximum punishment of two years in jail for any person who enters into a benami transaction, compared with up to three years as per the current law. 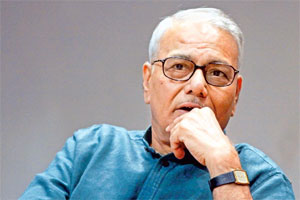 “Through this move the government wants to close all possible loopholes for such transactions. Bringing in more clarity on the subject of benami transactions, the committee has made it more efficient," said Ashutosh Limaye, head, real estate intelligence service, Jones Lang LaSalle India, a property consultant firm.

“Theoretically, this would mean a lot more cases involving benami properties can now be proved in court. This would result in more such properties being confiscated, either to be auctioned off or put to use by the government after the judgement," he added.

The Bill was introduced in the Lok Sabha in August last year to prohibit such transactions and provide a mechanism for the confiscation of such property by the central government.

Once the property is confiscated, no compensation will be paid to the property holder as all the rights and title of the property will be vested with the central government.

When passed by Parliament, it will replace the Benami Transactions (Prohibition) Act, 1988.

The standing committee, headed by Bharatiya Janata Party leader Yashwant Sinha, observed in its report that the exclusion of transactions entered into by an individual in the name of close relatives—including brother or sister, or any lineal ascendant or descendant—would defeat the purpose of the legislation.

The committee has proposed that the list of exemptions be pared to the minimum.

“There should be no exemption other than purchasing property by any person in the name of his/her spouse or unmarried daughter," the report said.

The National Institute of Public Finance and Policy, in its views submitted to the standing committee, had argued that most benami properties are held in the name of close relatives or lawyers acting in a fiduciary capacity. Leaving all these categories out will severely restrict the operation of the act, it had said.

The committee also disagreed with the government’s move to reduce the period of imprisonment to two years from three and argued for stiffer punishment.

The second administrative reforms commission, in its 2007 report, had pointed out that the wealth amassed by corrupt public servants was often kept in such accounts or invested in such properties. It said the government was unable to confiscate benami properties and had argued for stricter enforcement.