Thanks for Visiting Mint
You seem to have an Ad Blocker on. Please turn it off in order to continue, or whitelist Mint
HOW TO TURN OFF AD BLOCKER
OR
REFRESH IF YOU ALREADY TURNED OFF THE AD BLOCKER
Home >Politics >News >Apex court orders CBI probe of Yeddyurappa, JSW Steel 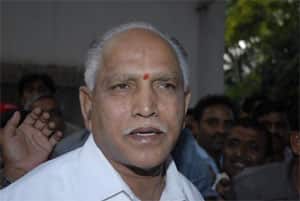 The Supreme Court order follows a report submitted on 20 April by the court-appointed central empowered committee (CEC), which recommended a CBI inquiry against Yeddyurappa. It also called for a probe of JSW, alleging that the company procured illegally mined ore.

The report said that in 2008, Yeddyurappa had denotified one acre of government land in Bangalore purchased by two of his sons and a son-in-law. The land was subsequently sold to South West Mining Ltd, a Jindal group company, for ₹ 20 crore—about 50 times the price Yeddyurappa’s family paid for it.

The Supreme Court has ordered a probe against B.S. Yeddyurappa, former chief minister of Karnataka, and JSW Steel after allegations of illegal iron ore mining. Mint’s Shamsheer Yousaf gives you the lowdown

The Prerana Education Society, a trust set up by Yeddyurappa’s family, received a donation of ₹ 10 crore from South West Mining, the CEC report alleged.

The order comes as a blow to Yeddyurappa, who had been hoping to be reinstated as chief minister after the Karnataka high court in March quashed a police complaint filed against him in an illegal mining case. The complaint was based on a report by the anti-corruption ombudsman, the Lokayukta, that led to his exit as chief minister in July last year. The high court also quashed a chapter of the Lokayukta report that dealt extensively with Yeddyurappa’s alleged role in illegal mining in Karnataka.

Responding to Friday’s apex court order, Yeddyurappa said, “The Supreme Court has ordered a probe into illegal mining that pertained to my tenure as chief minister. I request the Prime Minister to order a CBI probe into the issue since 2000 till my regime." In 2008, Yeddyurappa became the first BJP chief minister of a southern state after the party won state elections.

Karnataka chief minister D.V. Sadananda Gowda, who was with Yeddyurappa in Nanjangud, said he will study the order.

“I believe that just like the high court, the Supreme Court will also come to the conclusion that there was no illegality," he said.

JSW Steel said it hadn’t engaged in any illegal activity nor was it connected with any wrongdoing.

“The company has full faith in the judicial process and its books are open and it will fully cooperate with the investigating agencies," the company said in a statement.

CBI is already looking into the purchase of ore by Jindal Steel from a company owned by former Karnataka minister and mining baron G. Janardhana Reddy, who is currently in jail.

JSW Steel, with production of 7.43 million tonnes of crude steel in 2011-12, has been beset by problems with its flagship plant in Karnataka facing iron ore shortages since the illegal mining issues came to light and the Supreme Court banned mining in the state by all private miners last year.

“If there is negative news for the company during the probe, there could be corporate governance issues," said Bhavesh Chauhan, a senior analyst at Angel Broking Ltd. “There could be a further fall in its shares in future depending on the news flow on the probe."

Ruchira Singh in New Delhi, and Bloomberg and Reuters contributed to this story