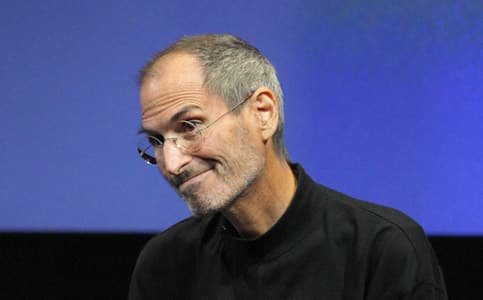 File photo of Apple Inc. CEO Steve Jobs. Jobs, counted among the greatest American CEOs of his generation, died on 5 October 2011 at the age of 56. Reuters.

US President Barack Obama joined an outpouring of tributes to Steve Jobs, calling the Apple co-founder a visionary and great American innovator.

“Steve was among the greatest of American innovators - brave enough to think differently, bold enough to believe he could change the world, and talented enough to do it," Obama said of Jobs, who died on Wednesday.

“The world has lost a visionary. And there may be no greater tribute to Steve’s success than the fact that much of the world learned of his passing on a device he invented."

The U S president was joined by political, technology, entertainment and business leaders around the world in paying tribute to Jobs.

“Steve and I first met nearly 30 years ago, and have been colleagues, competitors and friends over the course of more than half our lives. The world rarely sees someone who has had the profound impact Steve has had, the effects of which will be felt for many generations to come. For those of us lucky enough to get to work with him, it’s been an insanely great honor."

“Today, we lost one of the most influential thinkers, creators and entrepreneurs of all time. Steve Jobs was simply the greatest CEO of his generation. While I am deeply saddened by his passing, I’m reminded of the stunning impact he had in revolutionizing the way people consume media and entertainment. My heart goes out to his family and to everyone who had the opportunity to work beside him in bringing his many visions to life."

“Steve, thank you for being a mentor and a friend. Thanks for showing that what you build can change the world. I will miss you.

“Steve Jobs was a great friend as well as a trusted advisor. His legacy will extend far beyond the products he created or the businesses he built. It will be the millions of people he inspired, the lives he changed, and the culture he defined. Steve was such an ‘original,´ with a thoroughly creative, imaginative mind that defined an era. Despite all he accomplished, it feels like he was just getting started."

“Steve Jobs is an inspiration to American entrepreneurs. He will be missed."

“Steve lived the California Dream every day of his life and he changed the world and inspired all of us."

“The PC era is officially over. #RIP #STEVEJOBS

“Steve was the best of the best. Like Mozart and Picasso, he may never be equalled."

“We’ve lost a unique tech pioneer and auteur who knew how to make amazingly great products. Steve fought a long battle against tough odds in a very brave way. He kept doing amazing things in the face of all that adversity. As someone who has had his own medical challenges, I couldn’t help but be encouraged by how he persevered."

“Today the world lost a visionary leader, the technology industry lost an iconic legend and I lost a friend and fellow founder. The legacy of Steve Jobs will be remembered for generations to come."

“I am very, very sad to hear the news about Steve. He was a great man with incredible achievements and amazing brilliance. He always seemed to be able to say in very few words what you actually should have been thinking before you thought it. His focus on the user experience above all else has always been an inspiration to me. He was very kind to reach out to me as I became CEO of Google and spend time offering his advice and knowledge even though he was not at all well. My thoughts and Google’s are with his family and the whole Apple family."

“From the earliest days of Google, whenever Larry and I sought inspiration for vision and leadership, we needed to look no farther than Cupertino. Steve, your passion for excellence is felt by anyone who has ever touched an Apple product (including the macbook I am writing this on right now). And I have witnessed it in person the few times we have met. On behalf of all of us at Google and more broadly in technology, you will be missed very much. My condolences to family, friends, and colleagues at Apple."

“I feel honored to have known Steve Jobs. He was the most innovative entrepreneur of our generation. His legacy will live on for the ages."

“The world is a better place because of Steve, and the stories our company tells have been made richer by the products he created. He was a dynamic and fearless competitor, collaborator, and friend. In a society that has seen incredible technological innovation during our lifetimes, Steve may be the one true icon whose legacy will be remembered for a thousand years."

“Once in a rare while, somebody comes along who doesn’t just raise the bar, they create an entirely new standard of measurement. #RIPSteveJobs"

“Steve Jobs was a visionary and a wonderful friend of The New York Times. He pushed the boundaries of how all providers of news and information interact with our users. I am among the many who deeply regret his passing."

“Steve was one of a kind. For many of us working in technology and entertainment, Steve was a new kind of hero that lead with big, bold moves and would not settle for less than perfection. He is the best role model for a leader that aspires to be great."

“Steve ... saw the potential of what Pixar could be before the rest of us, and beyond what anyone ever imagined. Steve took a chance on us and believed in our crazy dream of making computer animated films; the one thing he always said was to simply ‘make it great.´ He is why Pixar turned out the way we did and his strength, integrity and love of life has made us all better people. He will forever be a part of Pixar’s DNA."

“VISIONARIES are always called CRAZY in the beginning. A VISIONARY sees things that everybody else says is IMPOSSIBLE, sees a World that People can’t invision (sic)-MAC, IPOD, IPAD, IPHONE, ITUNES and PIXAR. I have nothing but Love for Mr. Jobs and Apple, they have always given me and my films L-O-V-E. Peace and Blessings to his family."