Improve capital regime, cut down probability of a fall

Improve capital regime, cut down probability of a fall

Mumbai: Although India did well to avoid the worst effects of the global economic crisis, keeping out even banks that hadn’t been heavily affected by the turmoil may not have been helpful, says Howard Davies, director of the London School of Economics (LSE) and founder-chairman of the UK regulator Financial Services Authority. In an interview, he outlined the lessons from the crisis for the global economy in general and the banking sector in particular. Edited excerpts:

What are the main lessons from the crisis? 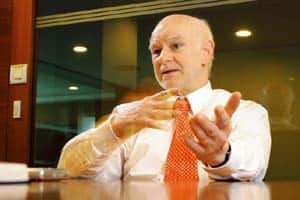 Second set of issue(s) is, I think, (that) the technology of product innovation was ahead of the technology of risk management. People knew how to construct very fancy instruments, but they did not understand the risk in those instruments and how the risk would wrap in the risks of others and what would be the consequences for the whole institution.

Third, I guess, is (that) the crisis demonstrated the linkages between different institutions and markets. There was nobody looking at the whole picture and therefore emphasizing the importance of the linkages from a financial stability point of view and have somebody globally as well as nationally, which would look at the financial markets around and also identify the interactions between the different parts of the markets in the context of finding threats from a financial stability point.

Are you calling for a global regulator?

Why did India do well during the crisis?

There are a number of factors. Some of them are (relating to) RBI (Reserve Bank of India) and some of them are (relating to) the Indian economy. India was not as heavily exposed to international trade. It had a reasonably good domestic savings, had a reasonably good fiscal policy by comparison to (the) UK and of course the strong growth dynamics. But within that, clearly some of the restrictions that RBI and Sebi (Securities and Exchange Board of India) maintained were helpful…being very cautious about derivatives, securitization and quite cautious about bank capital. But regardless of that...restrictions from overseas competition... I am not sure were particularly helpful. Actually the banks who want to expand here, for example Standard Chartered, HSBC etc., were not affected by the crisis anyway.

But what if they were?

Obviously you have to make a decision as (to) which banks you want to allow in your jurisdiction. But people who were knocking hardest to the door and try(ing) to expand were actually fine. And anyway in India you tend to require local capitalization of banks; even though Citibank was affected globally, its Indian operations were okay because the Indian business was structured separately. You avoided some contangion, but you also kept out something that were not contagious at all.

Does the concept of ‘too big to fail’ need to be revisited now?

I think it may be... I am not convinced that “too big to fail" is the best way of looking at it. Because in different circumstances all kinds of financial institutions are viewed by politicians as that they can’t be allowed to fail. The British government took the view that Northern Rock, which is a very small bank, should not be allowed to fail and should be rescued. I don’t think cutting down banks to small pieces necessarily solves the problem. What you should think about is making sure that you improve your capital regime and cut down the probability of a collapse.