Tatra scam: BEML had technology yet depended on Rishi&#8217;s firm

Tatra scam: BEML had technology yet depended on Rishi’s firm

New Delhi: Probing the Tatra scam, CBI has claimed to have laid its hands on crucial records showing that BEML top brass had insisted on getting technology from Ravinder Rishi’s firm that was already available with the PSU a decade back.

The records show that while renewing the contract with Rishi promoted Tatra Sipox UK in 2003, during the tenure of then then CMD VRS Natarajan, BEML officials claimed that they had no option but to enter in an agreement as only it had axle technology which was unique selling point of Tatra trucks, CBI sources said. 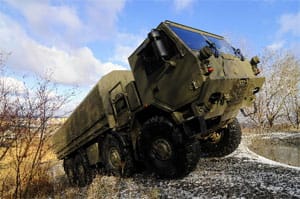 The sources claimed the technology that PSU was citing to be exclusively with Rishi’s firm was apparently handed over by Tatra to BEML as part of technology transfer agreemnt with the PSU in 1986.

The CBI sources said probe revealed BEML had received most of the designs by 1991 including the axles, which give the Tatra Trucks ability to traverse difficult terrains, but still the officials kept saying that Rishi had refused to indigenize it.

The sources said BEML had renewed the contract in 2003, with Rishi’s firm Tatra Sipox UK which was three years ahead of scheduled renewal. The allegations of any wrongdoing had been refuted by Rishi as well as Natarajan saying no rules were violated. Sources said probe has been able to prove beyond doubt that BEML officials were allegedly not telling the complete truth.

CBI sources said Tatra Sipox UK claimed to be representative of Slovakia based Tatra Sipox, which had the axle technlogy while the rest of the trucks were manufactured by Czech Republic based Tatra a.s. They said surprisingly the Slovak manufacturer of axle did not have rights to use the brand name Tatra and the 1997 agreement of Tatra Sipox UK with BEML there was a clause that says the PSU could not use the brand name on its trucks.

They said the probe has revealed several alleged irregularities in the supply of Tatra vehicles which include lack of indigenization of these vehicles by the PSU.

The agency has also found that BEML top brass continued to cite dependence on Ravinder Rishi promoted Tatra Sipox UK which was not an authorized representative of Tatra a.s the original manufacturer of trucks, they said.

CBI has so far questioned more than 10 top officials of the BEML who were at the helm of affairs since 1995 and recovered number of documents related to deal during the searches, they said.

CBI sources said Rishi allegedly gave 50% stake to Venus projects, a representative of Tatra a.s, in Tatra Sipox UK to ensure he is able to supply products of both the companies to BEML, which assembled them in India and supplied them to the Army at a premium. The agency is probing alleged irregularities in assigning supply from Tatra, with which the agreement was originally signed in 1986, to the Tatra-Sipox UK owned by Rishi in 1997 showing it as original equipment manufacturer and the fully-owned subsidiary of the Czech company which was against rules, they said.