New Delhi: The chief ministers of India’s mineral-rich states are keenly watching the progress of the new Mines and Minerals (Development and Regulation) (MMDR) Bill that was recently approved by the Union cabinet.

While many of them have been dragged into illegal mining controversies, Chhattisgarh chief minister Raman Singh has welcomed any scrutiny of the state’s mining industry.

The tech-savvy Singh uses an iPhone 4, is looking forward to the newly launched iPhone 4S and recently started tweeting. In an email interview, Singh elaborated on the new mining Bill, the state’s industrial policy and safeguard adopted by his government in order to prevent illegal mining. Edited excerpts:

You had earlier criticized the mining policy, saying it was impractical and against the interest of the mineral-rich states. What’s your view on the new Bill cleared by the cabinet? How far is the idea of royalty to the locals feasible? 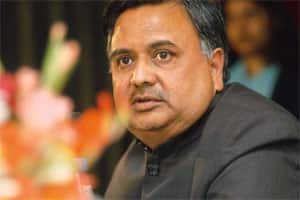 A business lobby group has called for a comprehensive review of the mining and land acquisition Bills contending that they will make mining unviable in the country. What are your views?

The interests of farmers, tribals and all vulnerable sections of society should be the top-most concern of all governments. Our laws, be it land acquisition Act, or the mining Act, should address these concerns effectively. Business and industry should not be looked at in isolation; it has to be a win-win situation for all players and should be beneficial to the society and people at large. Different opinions and views on these Acts should be heard and considered before we finalize the draft. In Chhattisgarh, our land acquisition and rehabilitation policies are very progressive and dynamic, and take care of the interest of the farmers and oustees. We believe in inclusive development.

With the Lokayukta indicating rampant corruption in your government, do you think you will also join the other Bharatiya Janata Party (BJP) chief ministers who are at loggerheads with the anti-graft body in their states?

This is a mischievous question and a sweeping generalization. BJP, as a party, and our governments in various states had always respected all democratic institutions, including anti-graft bodies. Issue-based views are taken by us, and Gujarat is a test case of the misuse of governor’s office for political reasons. The Chhattisgarh Lokayukta report is taken very seriously and all possible actions are being taken on it. But to say that “rampant corruption" has been unearthed by the Lokayukta against my government, I would only say that the report is in the public domain for everyone to see and read and come to a conclusion.

There have been reports about illegal mining in Chhattisgarh as well. Are you planning action against such activity on the lines of Orissa, Karnataka and Goa? With illegal mining in the spotlight, are you concerned your state’s mining industry will also be scrutinized?

Illegal mining is not a serious concern in Chhattisgarh as most of our mining is done by public sector companies like NMDC, Chhattisgarh MDC, SECL etc. In fact, more than 95% of our iron ore mining and 87% of our coal mining is done by public sector companies. A handful of private companies do mining mostly for their captive use, not for trading. Moreover, administratively, we have a time-tested monitoring and preventive system, including district-level and state-level task forces, in place to check illegal mining and transport. There is no need to paint the Chhattisgarh mining industry with the same brush as that of some other states. I will be the last person to be concerned about scrutiny of mining industry in Chhattisgarh. Moreover, if someone is found violating laws, exemplary legal action should be taken.

Mines are usually associated with the mining mafia and Maoists. How do you plan to make sure this doesn’t apply in your state?

Fortunately we have no mining mafia. Unfortunately, Maoist violence is a serious threat to our journey towards development and welfare of our people. We are fighting Maoist violence at all levels very seriously. Our effort is to keep governance clean and safe in spite of all these challenges.

There have been various media reports on the deepening crisis in the BJP’s national leadership. Do you think the BJP is not utilizing the popular sentiment against the United Progressive Alliance (UPA) government effectively?

There is no crisis in the BJP at any level and we have proper and able leadership starting from national level to the grass-roots level. At the national level, the BJP is very effective as a responsible opposition. All issues that concern the common people are articulated and addressed by the party very effectively and, as a result, the UPA government now stands exposed totally.

What is your target for setting up new steel plants in the state? How are you going to attract new investments in the industrial sector?

We have enough mineral-based industries in the state, and all major private and public sector players in this sector are already here. Our industrial policy is to look for more investments in agro industries, food processing, forest-based industries, pharma, medicinal and aromatic plants-based industries, green power, infrastructure, service sector, etc. We have a very progressive industrial and rehabilitation policy. The administrative atmosphere is investment friendly and devoid of red tapism.

A lot of power projects in the state have been delayed due to the stand of the ministry of environment and forests (MoEF) on coal mining areas. Has a solution been worked out?

Power projects and coal mining are important for the nation. But environmental conservation is more important. Development should not be at the cost of our environment. It is not the concern of MoEF alone. We are more concerned about our environment as any deterioration... will affect us first. We want environment-friendly development. The MoEF and the state government appreciated each other’s concerns, and solutions have been worked out keeping public interest in mind. There is no serious conflict between us and the government of India.

What prompted you to go on Twitter, especially since some politicians have had a bad experience with it?

I welcome every medium of communication. Micro blogging and social media are also very useful new tools of effective communication. I have just started tweeting occasionally. In new media, or even in conventional media, one should know how to make use of it for mass communication with people. To make it a bane or a boon is purely one’s own choice and will depend on one’s level of understanding and articulation.