UGC under fire for too many ‘deemed’ tags

New Delhi: Under fire over the grant of deemed university status to private educational institutions, India’s top education regulator is now facing criticism by a government-appointed panel for the approvals. 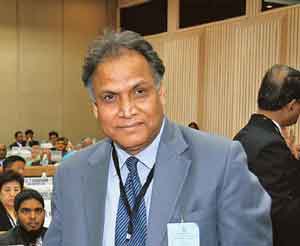 The findings come after another panel appointed by the University Grants Commission (UGC), the regulator for higher education in India, gave a clean chit to several such universities.

In its report to be submitted to human resource development minister Kapil Sibal, who oversees education, the government committee has said that out of the 137 such institutions under review, most were found to be violating the norms for faculty, infrastructure and academic courses. The report says the running of study centres by such universities is the “biggest blunder".

“There is no assurance of quality control. We found that not even quality faculty were recruited," said a member of the committee, who requested anonymity since he is not authorized to speak with the media. “These (study centres) have become a means to make money at the cost of students."

The findings of the committee were confirmed by an official at the human resource development ministry, who is involved in the issue but declined to be named.

In several deemed universities, the report says, irregularities in fee structures and appointment of administrative officials were discovered. “In fact, when we started the probe, many universities appointed new vice-chancellors even as predecessors remained kin or friends of families running such universities," the member said.

The review of deemed universities was ordered soon after Sibal assumed charge as minister in May this year, responding to which UGC had constituted its own committee to look into the matter.

The objections came after a flurry of deemed university approvals by UGC.

The status is a coveted one in higher education and allows institutes to free themselves from government control.

In the last four years of the previous United Progressive Alliance government, as legislation to both regulate private colleges and open the education sector to foreign investment were stalled, UGC granted deemed university status to a record 34 institutions.

Out of this number, only six are government-run; the rest are private institutions.

The status used to be awarded mostly to institutes that have been in operation for 25 years. This was later revised to enable 10-year-old institutions to apply for the status.

Of the 28 newly deemed universities, nine were recognized as such through the so-called starting afresh clause introduced by UGC in 2001 to benefit institutes barely a few years old, subject to revision after five years.

As many as 177 more institutes have approached UGC seeking deemed university status, most of them private organizations. Out of these, 38 institutes are less than five years old, seeking the status under the starting afresh category.

The number of deemed institutions thus becomes significant as it represents a way that the government has enabled private organizations to flourish, even as the Private Professional Educational Institutions (Regulation of Admission and Fixation of Fee) Bill, 2005, which would regulate admissions and fees, hasn’t been expedited.

The government-appointed panel says that many institutes, which were not adhering to the UGC guidelines in regard to course offerings, were awarded the status. It says many of the universities that obtained the status were backed by politicians or big business houses.

“It’s a welcome step long after we wrote to the ministry objecting to this mushrooming of deemed universities and we hope some concrete action will be take soon," said Thomas Joseph, president of the All India Federation of University and College Teachers’ Organisations, a teachers’ union.

But under intense demand for higher education across India and backed by Planning Commission recommendations in favour of financial assistance to deemed universities, UGC has been defending its actions.

UGC chairman Sukhdeo Thorat, in an interview to Mint earlier this year, had even defended the mushrooming of deemed universities by calling the growth “steady".

“This has happened over a period of time," Thorat had said. “As far as regulation is concerned, we are strict with defaulters." Thorat, when contacted by Mint again, refused to comment, saying he had not yet seen the report by the government-appointed panel.

But the Yash Pal committee, appointed to suggest reforms in the higher education sector, recommended the abolition of the deemed university status to institutions and also called for UGC and the All India Council For Technical Education, which oversees engineering and business schools in India, to be dismantled.

The new administration is now keen on implementing the committee’s recommendations, government officials familiar with the issue said on condition of anonymity.

Even before Sibal took charge as the human resource development minister, the UGC chairman had announced several plans for the higher education sector to project the regulator as being proactive, an image that has eluded it for years.