Base crop choices on water use: Study

Currently water guzzling crops like paddy and sugarcane, which use up to 60% of available irrigation water, are cultivated in some of the most water scarce regions in the country, says the study

Currently water guzzling crops like paddy and sugarcane, which use up to 60% of available irrigation water, are cultivated in some of the most water scarce regions in the country, said the study titled ‘Water Productivity Mapping of Major Indian Crops’ by the Delhi-based Indian Council for Research on International Economic Relations (ICRIER). 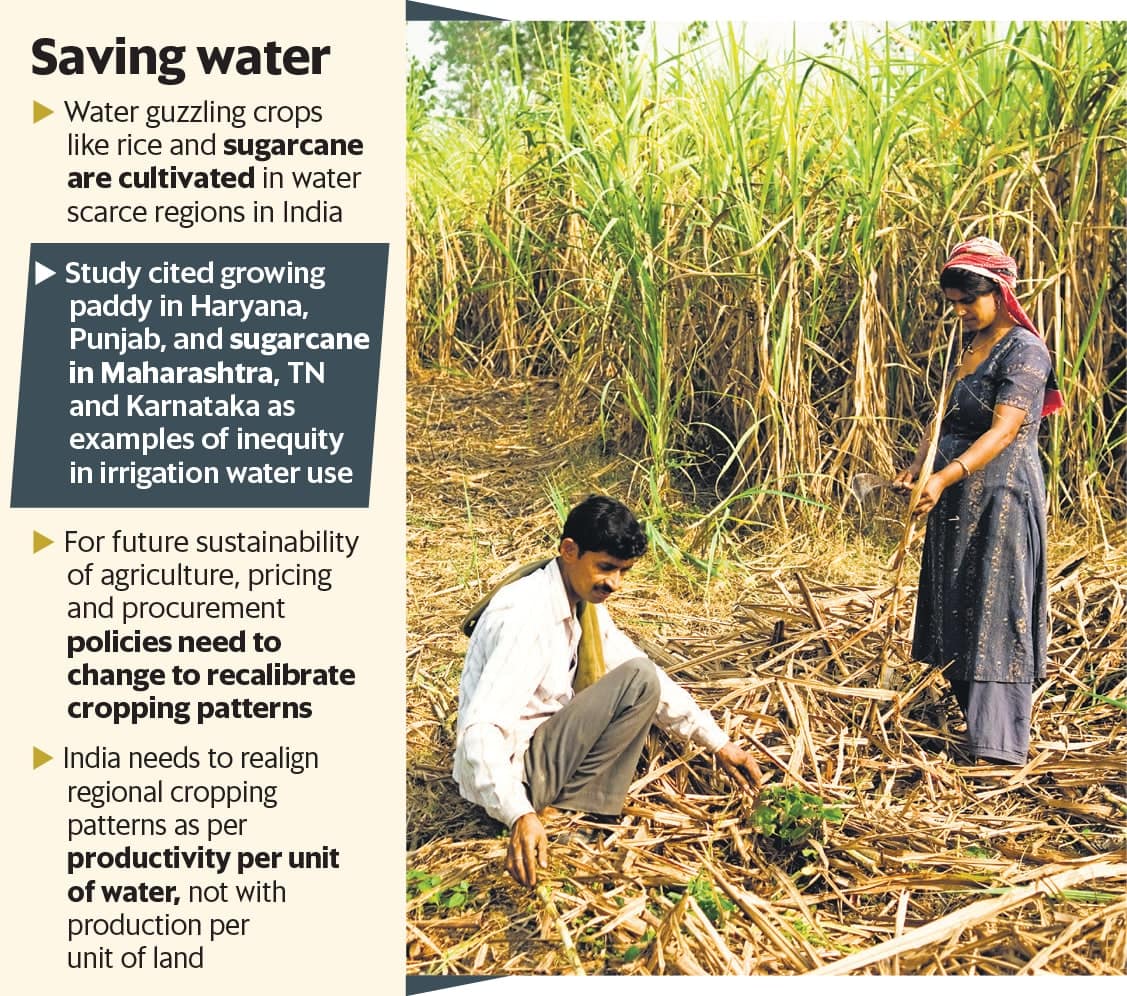 The study, sponsored by the apex rural bank National Bank for Agriculture and Rural Development (NABARD), stressed the need to recalibrate crop choices by taking into account yield per unit of water applied, instead of measuring productivity per unit of land.

Growing paddy in the Punjab-Haryana belt and sugarcane in the subtropical states of Maharashtra, Tamil Nadu and Karnataka are classic examples of inequity in irrigation water use, the study said.

The study added that relatively water abundant states in eastern India, such as eastern Uttar Pradesh, Bihar, West Bengal and Assam, lag behind in production of water intensive crops as they have not been able to create effective procurement mechanisms or attract sugar mills to their states.

“Indian agriculture has not aligned its crop choice with natural endowments... so we have cases like Maharashtra where sugarcane uses 65% of the water available while covering just 4% of crop area," said Ashok Gulati, co-author of the study and agriculture chair professor at ICRIER.

Skewed incentive structures like support price-based procurement in Punjab and Haryana, coupled with subsidized pricing of water and power, have perpetuated these croppingpatterns, the study noted.

“The study commissioned by us is a first step to understand which crop takes up how much water and how we can use the scarce resource judiciously so asnot to incentivise excess use," said Harsh K. Bhanwala, chairman of NABARD.

Through a ‘water productivity mapping’ of major crops, the research recommended how cropping patterns can be recalibrated, aiming to maximise crop productivity per unit of water used for irrigation.

The study found that in Punjab, while land productivity of rice is four tonnes per hectare, the highest in the country, irrigation water productivity was low at 0.22 kg per cubic metre, indicating inefficient use of water.

The study suggested policy options like effective pricing of water and electricity, improved procurement of crops in states with high irrigation water productivity, and shift from price support to direct cash transfers so that crop prices are determined by market forces.

“India is not short of water, but needs to better manage it," water resources minister Nitin Gadkari said while releasing the report. “We need to recycle waste water and use desalination plants to take advantage of our long coastline."