Mumbai: The government is planning to float a holding company for public sector banks, finance minister Pranab Mukherjee said on Friday. He did not give details about the proposed holding company but analysts see in this proposal a government plan for some relief from persistently recapitalizing a growing banking industry. 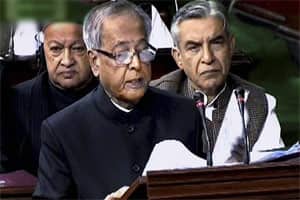 With Indian banks scheduled to move on to Basel-III norms in phases, an international standard that requires more capital for banks to function, recapitalising banks has become challenging for a cash-strapped government.

According to an estimate by consulting firm KPMG, Indian banking sector requires Rs1.1 trillion to comply with Basel-III norms.

The government said it will provide Rs15,888 crore to banks in fiscal 2012-13. This, compared with the overall need, “is just a drop in the ocean," said Naresh Makhijani, partner at KPMG.

The capital infusion will help banks, for the next one year, maintain their tier-I capital, consisting of equity and reserves, at 8%, as committed by the government.

Industry leaders tell us what they liked in the budget this year and what disappointed them.

The government had proposed Rs6,000 crore in the last budget to recapitalise banks.

Floating a holding company to manage the financing need of banks makes sense, say analysts. Besides, the annual number could be set aside from the budgetary exercise showing some healthier deficit numbers.

“Instead of setting aside fund from the Budget, the need can be addressed through the holding company," said Naresh Takkar, managing director at rating agency ICRA Ltd, an arm of global rating agency Moody’s.

Recently, the government of India directed Life Insurance Corp. of India Ltd, or LIC, to pick up preferential stakes in public sector banks over and above the cap of a single-investor limit of 10%. This has lead analysts to believe that government will likely let cash-rich semi-government companies to do the bank capitalisation job.

A holding company can directly go to institutions like LIC, offer ownership of itself and ask for money, freeing up the government from any criticism for taking direct help of others to mend its house in order, say analysts.

A holding company that decides on capital allocation will likely have discretionary power to capitalise certain large banks at the cost of the smaller ones. This will allow the government to actively push top five-six banks to build scale.

The need for large global Indian banks is being felt by various stakeholders as India grows rapidly. If India grows by at least 6-7% per year, the economy will be the fourth largest economy in the world, behind US, China and just behind Japan by the of the decade. This would require global banks with good financial power rather than a fragmented banking system to support the growing needs of Indian firms.

A credit growth of 20% would require banks to grow their business by 25% every year, according to bankers and this would mean increasing capital needs.

The government may subsequently pare its stake on smaller banks to below 51% and retain control on only such handful large banks.

“There is no need for the government to hold more than 51% in all public sector banks," said a banking analyst who did not wish to be named.

“The shareholding in other banks can be allowed to fall to 26-30%, enough for effective control, while the money raised can be used to recapitalise bigger banks," the analyst said.

The small number of banks that control half of the market share will allow the government to push through any kind of market reforms, say analysts, and this will also allow far greater access in raising fund through the market than what can be achieved through merger of banks.

A holding company, when listed, allows tapping the capital market in two ways -- the bank that needs money directly can approach the market as well as the money raised through the holding company.

Also, if the government ever wants to create large banks to be in the top-50 of the financial world, it can pool capital from smaller banks and allocate them to the ones that need money to become big.

A holding company, owned by investors, also enables the government to implement a consistent policy across banks and thus also allow better compensation for bank chiefs as well as make the banks more profitable and competitive.

The holding company may also take shape of an “investment arm of the government of India," said Makhijani of KPMG, in line of sovereign funds in other Asian countries.

Out of the 24 banks that government owns, in 10 banks it has a stake of less than 60%. The government stake in Bank of Baroda is 57.03%, the lowest that it holds in any bank. Its stake in State Bank of India, the largest lender, is 59.4%, while that in Punjab National Bank is 58%, leading less maneuverability for the government to dilute its stake in some of the banks to recapitalize them.