Both the officials—one from the fertilizer ministry and the other from NFL—declined to be identified.

NFL plans to float the tender as no gas has been allocated to it since not enough gas from domestic sources is available. 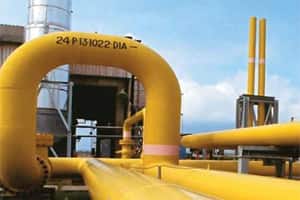 The fertilizer ministry has asked the oil ministry to allocate 10.78 million standard cubic metres per day (mscmd) of gas in 2012-13 and 12.88 mscmd in 2013-14 to the fertilizer sector, through the ministerial panel. This gas will be required for new urea plants, expanded units, and for units converted from non-gas to gas-based facilities.

NFL requires 2.8 mscmd of gas for three non-gas plants— at Nangal and Bhatinda in Punjab and Panipat in Haryana—that are being converted to gas-based units. The company requires this additional gas by December, the two officials said.

“There is hardly any gas available domestically. In such a scenario, we have no choice but to depend on costlier imported gas. Therefore, we want the gas at competitive rates and for that an open tender is the best way forward," said the fertilizer ministry official. “Moreover, any company providing gas will have to procure it from a foreign country as there are no domestic capacities at present at home."

A final decision is yet to be made, both the officials said. The timing of the tender has not been decided either. The Bhatinda and Panipat units each require 0.9 mscmd of gas, and the Nangal unit requires 1 mscmd.

In February 2009, GAIL (India) Ltd signed a memorandum of understanding with NFL to supply gas to the three units. Indian Oil Corp. Ltd (IOC), too, has approached the fertilizer maker with an offer to supply gas to the Panipat unit, officials said. Petronet LNG Ltd could be another potential supplier if an open tender is floated, the NFL official said.

In addition to domestic gas, suppliers such as GAIL, IOC and Petronet source gas from the international market.

On 22 April, Mint reported that non-availability of domestic gas would mean that new power and fertilizer projects would have to depend heavily on imported R-LNG.

India produces 21-22 million tonnes (mt) of urea, compared with a domestic demand for 28-29 mt. By 2016-17, this demand could touch 34 mt, according to the fertilizer ministry’s estimates, and this would require up to 22 mscmd of additional gas.