New Delhi: India’s new goods and services tax (GST) will spark a flood of litigation on everything from which tax brackets companies fall into to the revenue they generate, some of the country’s top lawyers predict.

The complex nature of India’s GST—which has four tax brackets ranging from 5% to 28%—is bound to attract thousands of lawsuits in a legal system already grappling with a backlog of more than 24 million cases, lawyers said. Even before the planned 1 July roll out, about 100,000 indirect tax appeals were clogging India’s judicial system at the end of March 2015, locking away some $23 billion in potential government revenue, according to a government report.

The government insists GST will decrease tax-related litigation. But for lawyers who recall McDonald’s Corp.’s 12-year legal saga to have soft-serve ice cream classified a tax-exempt dairy product, and not ice cream which attracted a 16% duty, the potential for years of billable hours is plain to see. 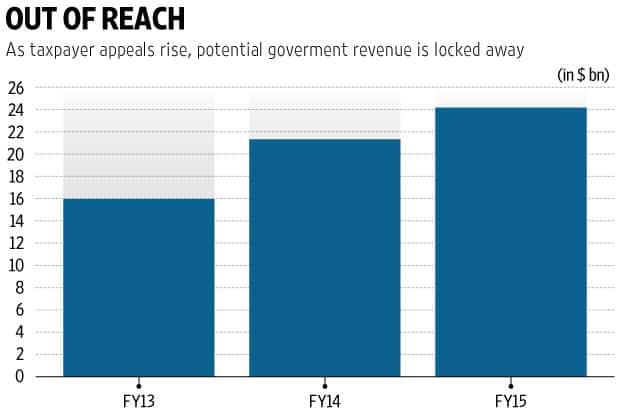 “I absolutely expect more litigation, so we are increasing our team," said Sandeep Chilana, a partner at Shardul Amarchand Mangaldas & Co. “The most impacted industry by GST is my industry. And we are obviously impacted positively."

One of Prime Minister Narendra Modi’s most ambitious reforms, the tax will combine more than a dozen levies, creating a uniform market across India for the first time. Most goods and services will fall into four main “slabs" or brackets: 5, 12, 18 and 28%. Many staples, such as fresh vegetables, are exempt.

The multiple rates have helped Modi’s government mitigate political controversy, including the potential for food price inflation on vegetables such as onions, which have been known to sway election results. But the different levies, along with huge compliance requirements and the potential for state-versus-central government disputes makes the tax litigation-prone, lawyers said.

“The present goods and services tax is the most complex" in the world, Arvind Datar, a senior lawyer who practices at the Supreme Court, said by email. The new regime will increase classification and valuation disputes as companies dispute which brackets they fall into or push to keep their valuations lower, legitimately or not.

To see just how contested the legal landscape may be, investors could look to the Indian tax authority’s battle with McDonald’s, Chilana said. From 2000 to 2012, the two sides fought over whether soft-serve ice cream cones were really ice cream.

The case went all the way to the Supreme Court, where judges eventually ruled in favour of the tax department, declaring that soft ice cream cones must attract duty. “When there are different tax rates, there is always a possibility that someone will want to be in the lower slab," Chilana said.

Also read: All you need to know about GST

In another case, the Supreme Court ruled coconuts were neither dry fruit, nor vegetable but an entity unto themselves that must attract entry duty. The Delhi high court also recently ruled that footwear without back straps were sandals rather than “chappals" or slippers as the government contended. And lawyers themselves have already challenged a law in the apex court that brings certain lawyers under the current service-tax net, arguing the extra cost to litigants is against the constitution’s aim to ensure justice to all.

At the same time, the Indian government seems to be losing more tax cases in recent years: Its success rate fighting tax appeals fell to 26% in 2015 from 33% in 2013, according to a government report. A ministry of finance spokesman didn’t respond to an email and text for comment. 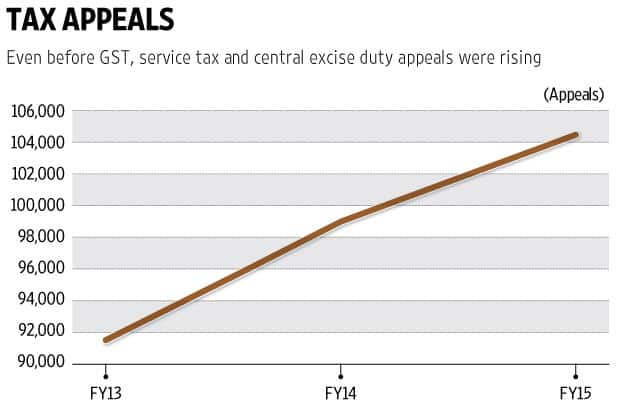 Despite state representation on the federally-organized GST Council during negotiations, India’s myriad local governments could also still challenge the legitimacy of the council in court, Hitender Mehta, a partner at Vaish Associates Advocates, said.