• Solar, small hydro and micro power projects at a cost of around Rs500 crore will be set up in Ladakh 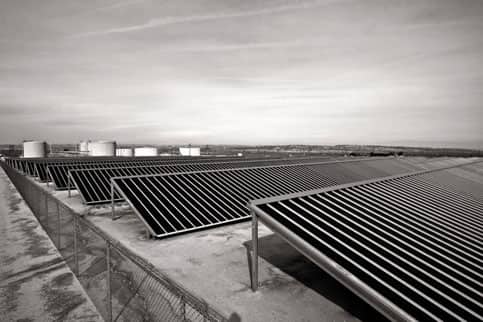 • Rs200 crore will be provided as a special golden jubilee package to Goa for the preservation of the state’s natural resources, including beaches and forest cover 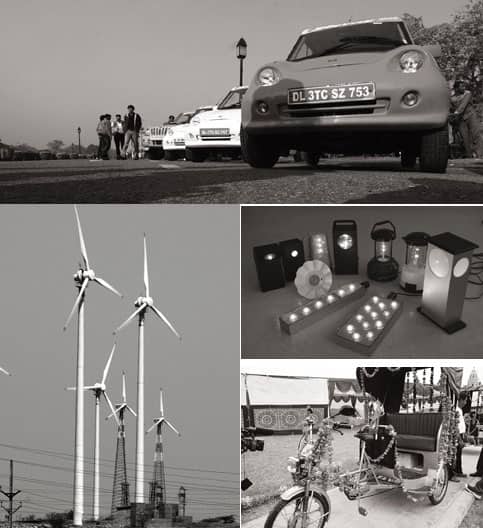 Greater support: Under Budget 2010, there is increased support for clean technology, including solar power and electric vehicles. A concessional excise duty of 4% has been given for the ‘soleckshaw’, a solar-electric rickshaw developed by the Council of Scientific and Industrial Research. The wind energy sector should also get a boost, with some inputs required for the manufacture of rotor blades for wind energy generators to be exempt from Central excise duty. Photos (Clockwise from top) Ramesh Pathania, Hindustan Times, Hemant Mishra, Harikrishna Katragadda/ Mint.

• Central excise duty on LED lamps has been reduced from 8% to 4%, at par with compact fluorescent lamps

• A nominal duty of 4% on electric vehicles imposed to neutralize the duty paid on their inputs and components. Some critical parts or subassemblies of such vehicles have been exempted from basic customs duty and special additional duty subject to actual user condition. These parts would also enjoy a concessional countervailing duty of 4%

• A concessional excise duty of 4% has been provided to “soleckshaw", a solar-electric rickshaw developed by the Council of Scientific and Industrial Research to replace manually operated cycle rickshaws. Its key parts and components will be exempted from customs duty