US groups ask Geithner to press India on tax plan

US groups ask Geithner to press India on tax plan

Washington: US business groups are urging US treasury secretary Timothy Geithner to press India’s finance minister Pranab Mukherjee this week on proposed changes to India’s tax law they fear could badly damage their investments in the fast-growing economy.

“These proposed amendments will have a significant negative effect on our companies, customers and shareholders, and investors in India," the US Chamber of Commerce, the US-India Business Council, the Financial Services Forum and nine other groups said in a letter on Tuesday to Geithner. 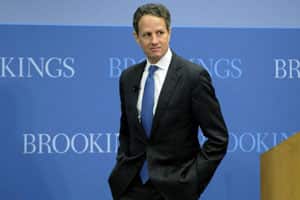 India’s federal budget last month outlined a proposal to enable the tax authorities to make retroactive claims on overseas corporate deals and bring in new anti-avoidance measures. Both moves have been criticized as making India less attractive for foreign investment.

“The Finance Bill 2012 includes two dozen amendments that would retroactively create tax liabilities, some for periods of up to fifty years. Despite assertions by Indian officials that these retroactive provisions are in accordance with global tax practices, the amendments are much broader in scope and extend for a far longer period of time," the US groups said.

Treasury spokeswoman Kara Alaimo declined to say whether Geithner would raise the issue with Mukherjee or had concerns about India’s tax proposals, which were also raised by an international coalition of business groups in a 29 March letter to Prime Minister Manmohan Singh.

Commercial ties between India and the United States flourished after India’s economic liberalization in 1991, but a number of bilateral spats have flared in recent months.

The United States in March began dispute settlement proceedings at the World Trade Organization against India’s barriers to US poultry and egg exports.

Last week, India started similar action at the WTO against US import duties on certain Indian steel products, a 2010 increase in US work visas fees and a recent spike in Indian visa applications being turned down. .

US and international business groups have also complained to Prime Minister Singh about new rules covering Indian government technology purchases they fear could shut them out of the market.

The US groups, in the letter to Geithner, noted President Barack Obama’s administration has identified India as a priority growth market as it works to double exports by 2014.

“Failing to address this (India tax) proposal would undercut the administration’s goals of increasing exports and job creation," they said.