Experts see ploy in US&#8217; stand on patent issue

Experts see ploy in US’ stand on patent issue

Mumbai: Indian patent experts see comments by US experts at a Chennai summit on intellectual property rights (IPR) as an indication of the hard stance the US is taking against efforts by countries such as India and Brazil to protect their indigenous biological resources and traditional knowledge from being exploited by firms based largely in Western countries. 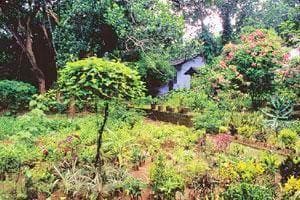 Biological resources: A garden of medicinal plants in Kottakal, Kerala.

At the summit, organized by the Confederation of Indian Industry (CII), and sponsored by US industry lobby led by the George Washington University Law School (GWULS), a panel of US IPR law and industry experts suggested that developing countries such as India should not hold on to home-grown knowledge.

“Everybody will be richer if India and Brazil recognize that traditional knowledge is not a patent issue... India’s wealth is not dependent on traditional knowledge, but the strides it makes technologically and scientifically apart from stoking the entrepreneurial spirit of its people," Adelman said in his presentation.

The amendment that India wants will help the country protect its vast biodiversity and traditional knowledge from being exploited by private organizations that do not share the benefits with local communities where the products originate.

The proposal was mooted by Peru and supported by several nations, including India, Brazil and Tanzania. However, the deadline for the amendment has been extended to end-2009, as it requires the ratification of about 100 countries. There have been instances in the past of companies from the US and European countries patenting traditional knowledge of other countries without disclosing the original source. The 1995 award and subsequent revocation by the US Patent Office of a patent on the medicinal properties of turmeric is one such instance.

CII’s head of IPR, K. Subhodh Kumar, said the Chennai summit was an information-sharing forum where representatives from the US as well as India shared their views.

A leading international patent consultant, who did not wish to be identified, said the US and the European Union (EU) are worried because “if the developing countries’ traditional knowledge concerns have to be respected after the proposed amendment, then the companies in these developed countries cannot...patent such knowledge but will have to pay royalties by disclosing where they got the data or biological resource from."

The harmonization of patent laws is nothing but a ploy by developed countries to impose higher controls on developing countries, said Vibhudi Rangan, a patent consultant. “Since the US is now feeling that the developing countries are grouping together and collectively opposing them in the World Intellectual Property Organization (WIPO), which is responsible for the promotion of the protection of intellectual property throughout the world through cooperation among states, they along with the EU and Japan are trying to get higher international standards worked out outside the WIPO. The Substantive Patent Law Treaty is one such effort," Rangan added.

In January, apart from discussions at WTO fora, India’s National Knowledge Commission had called for a traditional knowledge informatics programme to collate data on around 2,000 species of medicinal plants linked to their clinical applications and products. This initiative also envisaged establishing a programme for digitization of the country’s medical manuscripts located both in India and abroad.

These digitized manuscripts are to be translated into five major international languages, so as to provide accessibility for patent filers, regulators and researchers in other countries and protect the country’s traditional knowledge from being patented by others.