New Delhi: The Telecom Commission, India’s highest decision-making body on the sector, decided on Thursday to double the amount of spectrum to be auctioned by August as mandated by the Supreme Court. It deferred a decision on the reserve price for the spectrum to its next meeting on 26 May.

“The commission wants at least 10MHz of spectrum to be auctioned in each telecom zone," R. Chandrashekhar, secretary, department of telecommunications, said after the meeting. 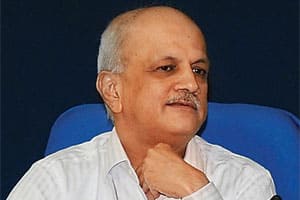 The availability of more spectrum would depend on whether there is any left after the reservation of slots after refarming, or the return of frequencies in the 900MHz band by the companies after their 20-year licence validity ends.

This will be replaced by spectrum in the 1,800MHz band at the price found in the auction.

The 10MHz would be available in eight slots of 1.25MHz each.

The commission deferred the key decision on the base price, or the minimum price of the spectrum for auction, but accepted the regulator’s spectrum liberalization proposals.

All the decisions taken by the Telecom Commission regarding pricing and the number of blocks will have to get final approval from an empowered group of ministers (eGoM).

The telecom secretary expects to be able to forward the final set of recommendations to the eGoM by 1 June.

The auction is expected to take place by August as mandated by the Supreme Court. On 2 February, the Supreme Court cancelled 122 telecom licences and spectrum allocated to nine companies in January 2008. It also asked the Telecom Regulatory Authority of India (Trai) to come out with recommendations on the auction of the spectrum.

This is around 10 times more than the price at which the licences and spectrum were allocated in 2008 by then communications minister A. Raja.

While the pricing suggested by Trai has been severely criticised by telecom companies, the industry is divided on other recommendations, including that of refarming spectrum in the 800 and 900MHz bands.

Companies, industry groups and analysts have said that the suggested price could lead to tariffs going up by as much as 100%.

Mobile tariffs could go up by 90 paise a minute in the metros and 20-34 paise on an average across the country if the Trai suggestions are accepted, according to a report prepared by PricewaterhouseCoopers (PwC) for the Cellular Operators Association of India.

All the bands would be auctioned over the three years, Trai had suggested.

The Telecom Commission also decided to retain the existing roll-out obligation norms and agreed with the Trai suggestion on liberalization of spectrum.

Other decisions made include the allowing of older operators to bid for two slots and the newer ones to bid for four slots of the spectrum up for auction.

“No decision on pricing is disappointing, but it has a silver lining. The government seems to be giving serious thought to the issue of pricing of spectrum. Movement from 5MHz to 10MHz for auction is a step in the right direction but not enough considering the number of licences cancelled," said Hemant Joshi, partner, Deloitte Haskins and Sells.