New Delhi: The Supreme Court on Monday challenged the Delhi high court order which held that the office of the Chief Justice of India (CJI) falls under the purview of the Right to Information (RTI) Act and that details pertaining to judges’ assets could be revealed under the law.

The apex court filed its appeal against the order of justice S. Ravindra Bhatt’s single-judge bench on 2 September. 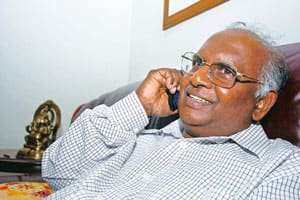 The high court had held that CJI was a public authority and covered under the provisions of RTI Act.

Bhatt also upheld the Central Information Commission’s order directing the Supreme Court to reveal whether judges are declaring their assets to the CJI.

Although the Supreme Court, in a 26 August resolution, agreed to post details on the assets of judges on its website, this hasn’t been done yet. The Supreme Court has, meanwhile, appealed on the broader issue of whether the CJI is covered by the RTI Act.

The developments related to transparency in judicial functioning were triggered by an RTI application filed by activist Subhash Chandra Agrawal in 2007 seeking to know whether the 1997 resolution on disclosure of assets adopted by the Supreme Court judges was still being observed.

Prashant Bhushan, civil rights activist and lawyer for Agrawal, said the appeal showed a reluctance by the top court to reveal information it may be in possession of.