Mumbai: Morgan Stanley chief executive officer and India head P.J. Nayak expects the Reserve Bank of India (RBI) to announce a “couple of minor increases" in the short-term interest rate. He is optimistic about India’s economic prospects, given that the country’s financial sector had escaped the brunt of the global crisis. In an interview before the 12th annual Morgan Stanley conference of investors starting on Tuesday, Nayak said the gathering will be bigger this year.

How is the attendance at the Morgan Stanley conference looking this time? 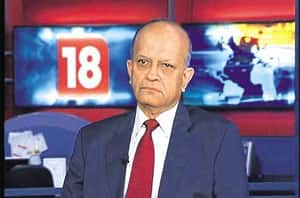 This kind of attendance, particularly at a time when the world is in some degree of turmoil with what is going on in Europe, does it reassure you that people are not frozen in fear, they are still looking at India as an opportunity?

Given the fact that India is among the fastest growing economies in the world, given that markets have done extremely well this year, given the fact that manufacturing industry has...grown the way it has all of this year, I think we do see a very large number of Indian companies exciting interest amongst global investors. That explains the fact that the participation is so good.

What is the sense you get when you interact with some of these investors? What do they like about India, is it the macro resilience, which they saw in 2008 when the world fell apart, or is it really a micro story, the 64 firms which they will talk to, where they derived most of their confidence from?

Actually a bit of both. We must first recognize the fact that the financial sector in India over the last two years was not injured the way as it was in other parts of the world. Therefore, we had financial stability in India...that has been a very major differentiating factor for India compared to many other markets.

At the start of the year, one of the big concerns for India was that the interest rates were on the way up. Have those fears ebbed?

My own sense is that the Reserve Bank of India will probably not do anything which is discontinuous. They would do it in a calibrated manner. As a consequence of that, I do believe that we should expect to see a couple of minor increases in the short-term interest rate.

What is your sense of the kind of capital situation India will have to deal with over the next six months or so?

I think that is impossible to forecast because the one random variable, very difficult to forecast, is net FII (foreign institutional investor) inflows into India. This is dependent both on the extent of risk aversion that investors globally have as (well as ) on their perceptions about India.