Muslims left out of the India growth story, study shows

One of the most important ways to determine levels of inequality in a country is to look at differences in people’s access to opportunities. India seems to have performed poorly on that score, a new research paper by Sam Asher of the World Bank and others suggests.

India may have failed to enable its citizens to break free from the social and economic status of their parents, with the sons of well-educated fathers gaining access to education much more than those of less-educated parents, the study finds. An analysis for daughters was not done because of data limitations.

The authors combine data from two rounds of the India Human Development Surveys (2004-05 and 2011-12) along with the Socio-Economic Caste Census of 2012 to show that upward mobility in education—an improvement in educational attainment compared to the previous generation—in India has remained a constant since economic liberalization.

While mobility among the Scheduled Castes (SCs) and Scheduled Tribes (STs) has improved in recent years, it has been offset by severely declining mobility for Muslims. However, in Muslim-majority Jammu and Kashmir, the Muslim community has considerably higher mobility than in the rest of India. By comparison, mobility levels for African-Americans in the US are better than those for Muslims in India but mobility among SCs and STs is comparable to that of African-Americans.

Over the last few decades, nearly all upward mobility gains have accrued to the constitutionally-protected SC and ST groups, who have been provided with reservation in politics, jobs and education, the authors say. However, this mobility has not been at the expense of upper caste groups, the study shows. 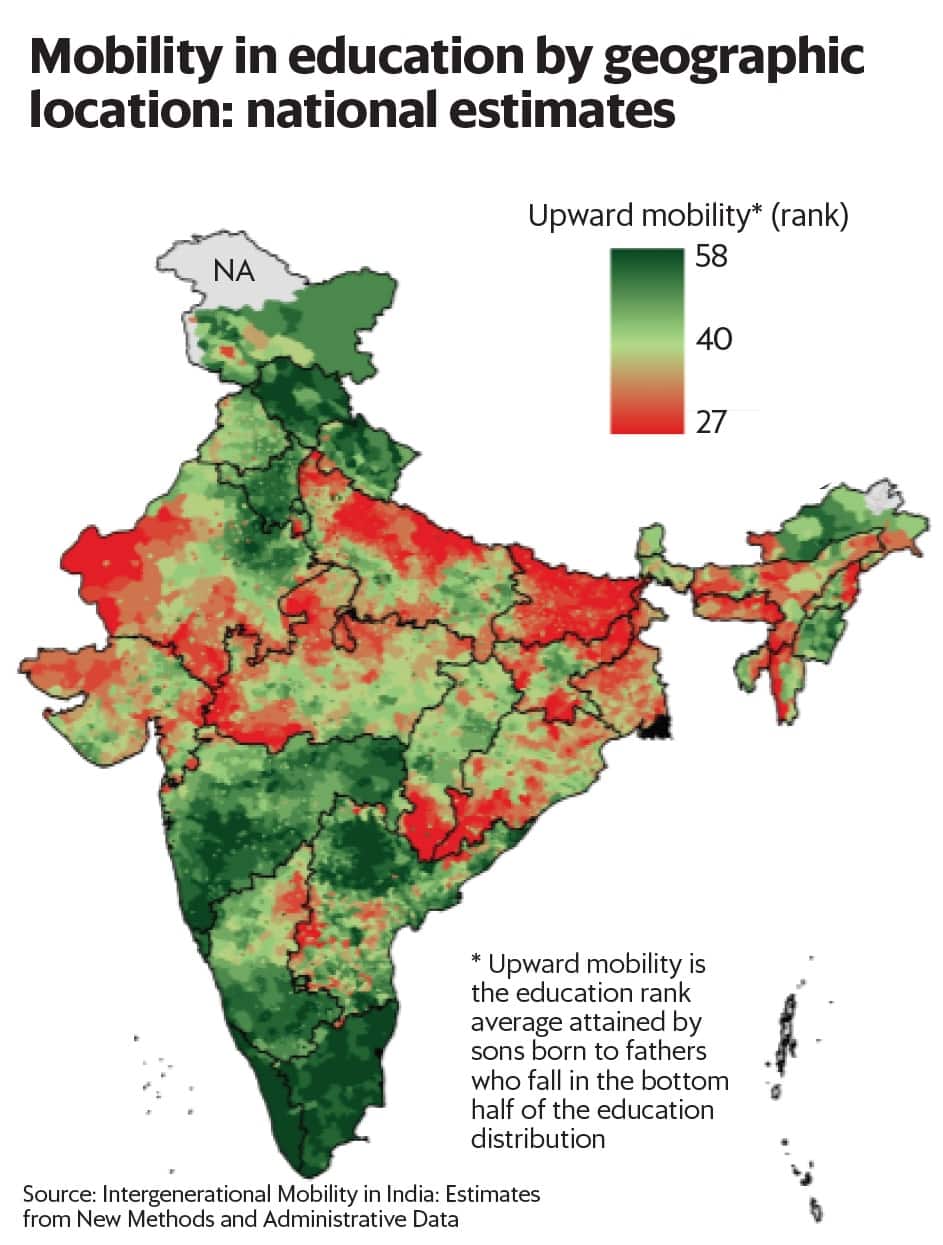 These results likely reflect the fact that many ST families live in remote areas and continue to practice traditional economic activities, while Muslims and SCs are better integrated with the modern economy.

The study finds that urban areas are significantly more mobile than rural areas. The mobility gap between urban and rural locations is almost equivalent to the gap between higher caste Hindus and SCs. Within rural areas, the authors find that village assets like roads and schools are associated with more upward interval mobility. At the same time, southern India is much more inclusive compared to the rest of the country. More generally, children born in places that have higher average education levels are more likely to have a greater chance of improving upon their parents.