If I were FM | Santosh Desai, Future Brands Ltd

If I were FM | Santosh Desai, Future Brands Ltd

If you had three wishes? 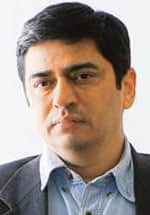 My three wishes, therefore, are:

• Stimulation of consumption through tax reform, especially aimed at the emerging consumer

If you could end something?

Fringe benefit tax, because it is flawed in principle.

What would be the one thing outside your industry you would want?

Greater investment in infrastructure, education and healthcare, especially in rural India. Education—especially at the primary levels, so vital to create future engines of growth—needs radical reform in terms of basic facilities and quality of teaching. The healthcare infrastructure exists but delivery continues to be flawed.

The focus on schemes such as the National Rural Employment Guarantee Act, albeit with greater accountability.

What is your idea of inclusive growth?

Integrating the rural and urban economies so that growth in one sector benefits the other. Currently, the two economies are largely separated both physically and psychologically. Allocations to the rural sector are labelled populist leakage by industry, while growth in urban markets do not necessarily translate into growing rural affluence. It is only when greater linkages between the two economies are established that we can hope to create a shared sense of stakeholding in economic growth. Likewise, even in urban India, a comprehensive policy aimed at the urban poor, especially those in the unorganized labour sector, would go a long way in bridging the distance between those who gain from economic progress and those who don’t.