How India&#8217;s biggest tax battle was won and lost

How India’s biggest tax battle was won and lost

New Delhi/Mumbai: The tension ahead of the verdict in the Vodafone tax case was palpable not just outside the Supreme Court in New Delhi, but around the world. News reports offered all kinds of speculation on what might happen to foreign direct investment (FDI) into India if Vodafone lost, and conversely what the loss of revenue would mean for the government’s coffers if the income tax department didn’t prevail. 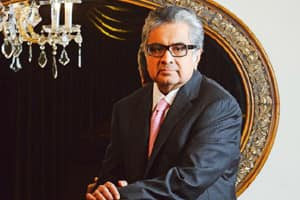 Vodafone India’s general counsel, Andre Jerome, said last week that few other companies would have had the financial muscle to fight out the tax case with the Indian I-T department. Most would have buckled or faced bankruptcy. The department, on the other hand, argued a paucity of legal firepower and that Vodafone had a much bigger battery of lawyers, including top international taxation experts.

“We had, in fact, far fewer resources to throw at the problem, and where there were literally thousands of people on the other side, there were about 10 max on ours at any given point working on the case," said one Supreme Court advocate on the government’s side.

Making matters interesting was Chief Justice S.H. Kapadia, who had served as standing counsel for the revenue department while he was a lawyer in Mumbai. No one was certain if he would see Vodafone’s argument in the light of externalities such as FDI, investor sentiment and certainty in tax law. With Kapadia sat justices Swatanter Kumar and K.S. Radhakrishnan.

Vodafone had a setback in the first round in the Bombay high court, giving the Income Tax department possession of plenty of documents that enabled assessing officers to better understand the deal. When the department sent show-cause notices asking Vodafone to explain why the deal should not be taxed, the company initiated round two in the Bombay high court. This time it was worse. In September 2010, Justice D.Y. Chandrachud ruled that although the Cayman Islands share transfer was not within India’s tax jurisdiction, the British company’s agreement with Indian shareholders and Vodafone’s joint venture partner, Essar, made some part of the deal taxable.

This brought the parties to the Supreme Court, where Kapadia asked the tax officials to undertake an initial assessment of what might be the levy, in the event that the deal was deemed taxable. The income tax department raised a possible demand of ₹ 11,217.8 crore. The case began in the Supreme Court on 3 August last year.

Vodafone, which was forced to deposit ₹ 2,500 crore with the I-T department and secure the remaining through ₹ 8,500 crore in bank guarantees for its appeal to be heard, took no chances on the litigation front, engaging senior counsel Harish Salve on an exclusive basis for the entire duration of the final 26 days of hearing before the Supreme Court.

Salve, a former solicitor general of India, argued for 17 consecutive days on why the deal was not subject to capital gains tax. The questions from the bench were rigorous and Salve, who has evolved into one of India’s top litigators, admitted outside court one afternoon that he was struggling to settle into a “rhythm" integral to his style of argument.

Rohinton F. Nariman, who took charge of the case immediately after being appointed India’s solicitor general in July, thanked Salve in his opening remarks to the court. “Had my friend not taken so many days to argue, I wouldn’t be so well prepared," said Nariman, indicating the complexity of the case.

On 20 September, Nariman started attacking the Vodafone-Hutchison transaction, terming it “an artificial tax avoidance contrivance". The edifice Salve had built so painstakingly over five weeks seemed to have been undone in the morning session. Nariman declared that he could stop arguing right then since he had practically won the case. However, he took a full six days to address each of the arguments advanced by Salve, who returned to rebut Nariman’s case for three more days, and this time looked in much better form. “This is exactly the difference between permissible tax planning and using jurisdiction to camouflage a transaction," he said.

Salve stressed that Hutchison’s structure was a genuine foreign investment and that the court could not ignore that this was how a multi-sectoral conglomerate expanded its business—through mergers and acquisitions in various jurisdictions.

Renowned tax litigator Aspi Chinoy came from Mumbai to present his views on the jurisdiction on behalf of US telecom giant AT&T in a similar case in which Idea Cellular had acquired his client’s stake.

While Salve and Nariman were the public faces, several others played key roles.

On the revenue side, additional solicitor general Mohan Parasaran, who had won both the previous rounds in the Bombay high court, assisted Nariman. “Even though many people are feeling the government was testing the waters, the (I-T) department bona fide felt that—after detailed discussions—we could tax this deal," said Parasaran.

Nariman, who took over just two weeks before the final arguments began, decided to bolster his ranks by bringing in Nakul Dewan and Ritin Rai, two lawyers with backgrounds in commercial law.

Vodafone, which had relied on ALMT Legal in the Bombay high court until December 2008, made a switch at the time, appointing litigation boutique Dutt Menon Dunmorrsett (DMD) as its primary external legal adviser.

Headed by two seasoned litigators—Fereshte Sethna in Mumbai and Anuradha Dutt in Delhi—DMD had a reputation for tax work but wasn’t a well-known “brand name" in high-stakes tax litigation.

DMD put a team of 28 lawyers on the case, with the headcount rising to 45, including paralegals and others, at times, Sethna said. The briefs they prepared and filed with the apex court ran into 8,000 pages, while the judgements they relied on came to some 20,000 pages.

“These three years were a journey...," said Dutt. “There was time for little else."

Perhaps as much as the Vodafone case will be remembered for the high stakes, many lawyers will remember it as the case that built and cemented reputations.

For Salve, too, this is one for the history books, documenting an advocate at the peak of his powers and influence.

“He was the team leader and ultimately he guided us," said Dutt, adding that she could not think of anybody better than Salve for the case. “To my mind he is probably the best lawyer today. He’s a tax lawyer, chartered accountant, constitutional lawyer: everything zeroed in on him and that’s how we and the clients approached him."

Mint’s association with Legally India will bring you fortnightly insight and analysis of major developments in law, courts,firms and universities.