Recent media reports might lead one to believe that there is some connection between tax havens and the global financial crisis. However, the connection is rarely explained. Offshore financial centres (OFCs) are certainly relevant to the discredited international financial system, but their role tends to be exaggerated or misconstrued. 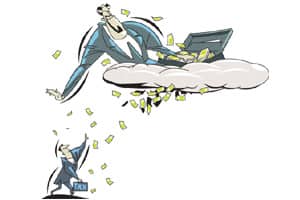 The Group of Twenty (G-20) communiqué issued at the London 2009 Summit stated that “major failures in the financial sector and in financial regulation and supervision" were fundamental causes of the financial crisis, and few informed observers would disagree. As one aspect of their commitment to strengthen financial regulation and supervision, the G-20 leaders agreed that they would “…take action against non-cooperative jurisdictions including tax havens. We stand ready to deploy sanctions to protect our public finances and financial systems. The era of banking secrecy is over. We note that the OECD (Organization for Economic Cooperation and Development) has today published a list of countries assessed by the Global Forum against the international standard for exchange of tax information."

OECD itself draws a connection between tax havens and the financial crisis when it states: “Removing practices that facilitate tax evasion is part of a broader drive to clean up one of the more controversial sides of a globalized economy." But these statements leave unexplained the exact role, if any, of tax havens in the crisis. To understand this issue, one must distinguish between three different concepts: tax evasion, tax avoidance and financial regulation avoidance. OFCs have been popular with the financial industry in facilitating avoidance, and in some cases evasion, of both taxes and regulatory requirements of larger countries. 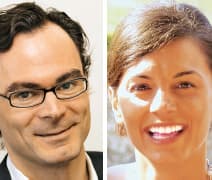 Tax evasion is criminal behaviour—for example, deliberate concealment of taxable income. In most nations, evasion is punishable by fines, imprisonment, or both. A notorious example is the 2008 investigation of high networth individuals from the UK, Germany, US and elsewhere, who are alleged to have evaded tax by funnelling billions of dollars to secret bank accounts in Liechtenstein, a German-speaking principality in Western Europe.

Developed countries, being justifiably unhappy with international tax evasion, have on various occasions sought to blacklist tax havens. The G-20 communiqué refers to the OECD’s latest progress report on jurisdictions which have or have not made progress in implementing its “internationally agreed tax standard". The essence of this standard is that states agree to exchange tax information when requested for the administration and enforcement of the requesting state’s domestic tax laws. The standard is aimed squarely at transparent information exchange for countering specific cases of tax evasion. It has nothing to do with either international tax avoidance or financial regulation, and no one suggests that tax evasion was a cause of the financial crisis.

Tax avoidance (or tax “planning") is a term used loosely by many commentators, but its legal meaning is distinct from tax evasion. It refers to structuring one’s affairs so as to reduce one’s tax liability within the limits of the law. A given form of tax avoidance is legal unless and until otherwise determined by a court. A notable example of tax avoidance is a multinational enterprise choosing to locate intellectual property in a subsidiary based in low tax jurisdiction. Such activity is usually legal, yet some may regard it as unethical given that it can substantially reduce tax contributions and, therefore, deplete public finances.

Commentators have differing views on whether different forms of tax avoidance are legitimate or illegitimate, depending on their commercial, political and ethical positions. When the losses of large financial institutions, such as Citigroup Inc., American International Group Inc. (AIG) and Royal Bank of Scotland Group Plc. (RBS), are met by domestic taxpayers, the tax avoidance activities of these institutions become more controversial than ever. As with evasion, however, tax avoidance can’t be blamed for the near collapse of the financial system.

Financial regulation avoidance, sometimes conducted through tax havens, is more closely linked to the recognized causes of the credit crunch. In particular, OFCs with lax regulation were often home to structured investment vehicles (SIVs), conduits and other off-balance sheet and off-budget vehicles, which were at the heart of events triggering the crisis. SIVs, in particular, invested mainly in the asset-backed securities at the very centre of the credit crunch. In August 2007, SIVs were the first institutions to encounter problems when liquidity suddenly disappeared from the wholesale asset-backed commercial paper market exposed to US sub-prime mortgages.

The fact that many of these entities were located in OFCs has created confusion about the role of tax havens in the crisis. The location of off-balance sheet and off-budget vehicles in offshore jurisdictions certainly does not contribute to the transparency of the system. But the problems experienced by SIVs at the onset of the crisis were not due to their offshore location but to their off-balance sheet status—leading to information failures and low capital ratios—and their business model—they use short-dated commercial paper to fund investments in longer-dated assets.

Moreover, what is now widely defined as the “shadow banking system" is lightly regulated not only offshore, but also in the main onshore financial centres such as London and New York.

OFCs may be tax havens, regulatory havens or both. They have long been used for a variety of purposes, including tax evasion, tax avoidance and regulatory avoidance. Taking action against global tax evasion and improving standards in global financial regulation are both laudable goals, but they are different. Promoting exchange of information for combating tax evasion has little to do with the financial crisis. Improving financial regulation is very relevant to the financial crisis, but has little to do with the enforcement of tax. Moreover, success in either of these goals is unlikely to have any effect on international tax avoidance. Only substantial developments in the way international income is taxed will change that.

Send your comments to businessatoxford @livemint.com