New Delhi: Almost a year after Narendra Modi led the Bharatiya Janata Party (BJP) to victory in the general election on a pro-development and anti-corruption platform, the Prime Minister remains a popular leader.

Modi has an approval rating of almost 74%, according to a survey of 12,481 respondents by InstaVaani. 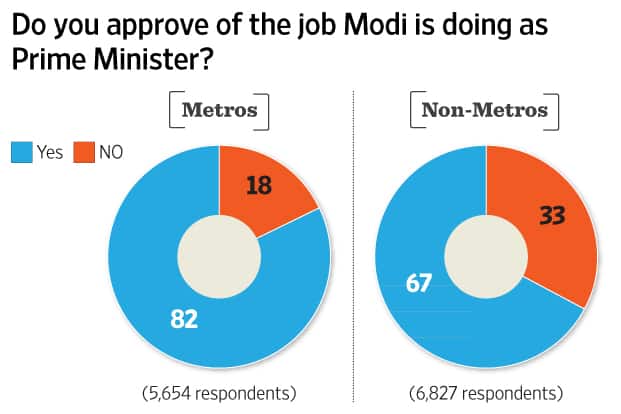 That number is high—any world leader would be thrilled to have the approval of almost three out of every four voters—but it is lower than the 82% approval Modi had last August, according to an exercise carried out by the same organization.

The numbers are not strictly comparable because data was not separately tabulated for metros and non-metros last year. 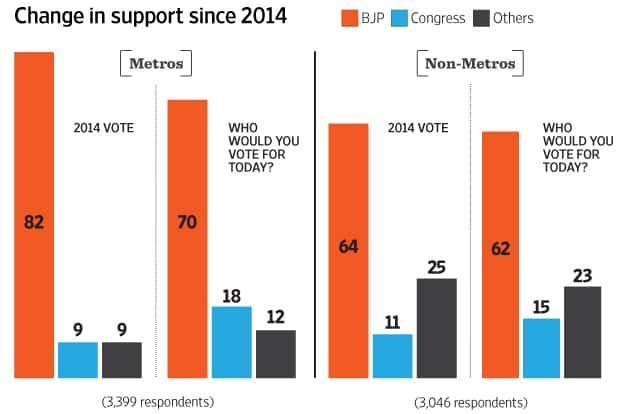 Still, the high approval rating indicates that the impression one gets, from the media, and also from businessmen and investors, that the perception about this government has changed in the year it has ruled the country, isn’t entirely backed by people.

Put otherwise, the opposition may be making it difficult for the BJP to have its way in the Rajya Sabha, investors may be angry with the government for its reluctance to use executive power to cut through tax imbroglios, and farmers may be unhappy over the land acquisition bill and what they see as an inadequate response to the ongoing agrarian crisis, but none of this is evident in the numbers. 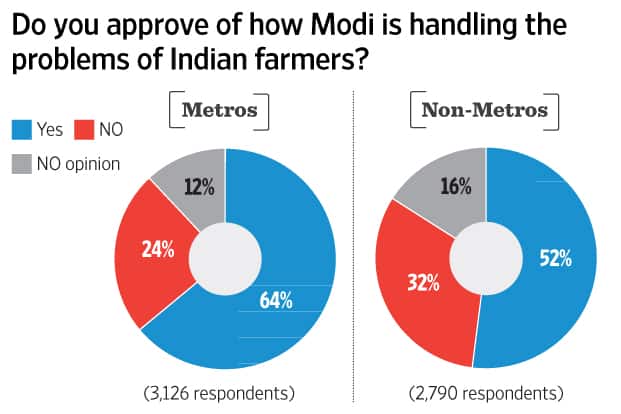 Sure, across metros and non-metros, people do not think the government’s response to the farm crisis is adequate, but the BJP remains the most popular party; in the metros, 82% said they voted for the party in 2014 and 70% said they would still vote for it; in the non-metros, where one would expect a bigger shift, the corresponding numbers are 64% and 62%.

It could be the absence of a high-profile corruption scandal in the year it has been in power—these were regular occurrences when the previous United Progressive Alliance was ruling India—but the BJP has reason to be satisfied with the numbers. 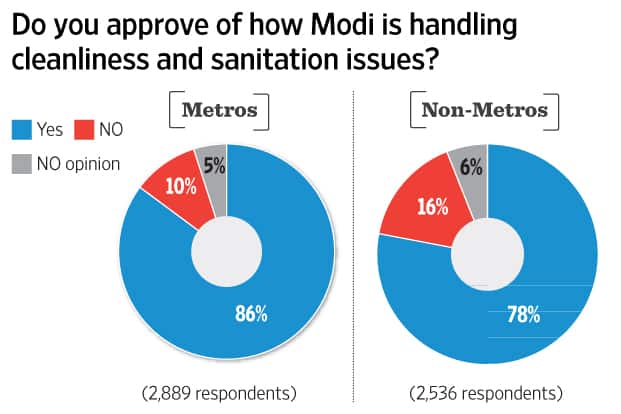 They are good news for a government facing a fractious Parliament and the prospect of a below-average monsoon that could hurt farmers and, consequently, rural sentiment. 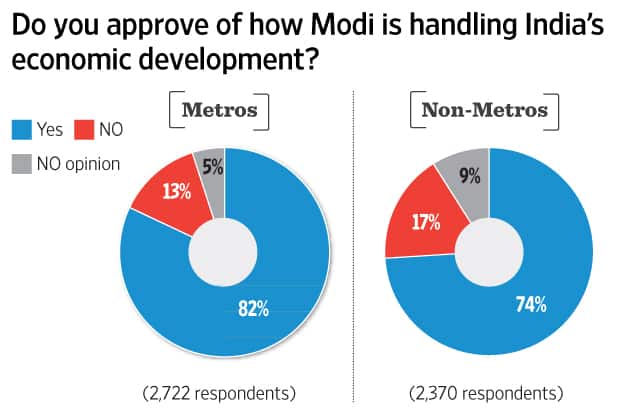