New Delhi: India is unlikely to reduce infant and maternal mortality as committed by 2015, said Nata Menabde, World Health Organization (WHO) representative to India. A report released by the ministry of statistics and programme implementation earlier on Friday backed up Menabde’s assessment. 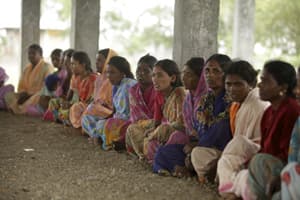 Menabde was speaking at a briefing following the launch of the WHO India Country Cooperative Strategy 2012-17. The country cooperative strategy (CCS), which was developed in collaboration with the ministry of health and family welfare, lays down priorities and focus areas for national health policy in the next five years.

Improving the health of mothers and children by raising the scale of reproductive, maternal, newborn, child and adolescent health services is a key focus area under CCS.

The strategy is to be implemented taking into account the health priorities identified by the 12th Five-Year Plan.

The Millennium Development Goals-India Country Report 2011 released by the statistics ministry, forecast that by 2015, infant mortality rate at 44 per 1,000 live births and maternal mortality at 139 per 100,000 live births will continue to remain higher than MDG targets, which are 27 and 109, respectively.

MDG targets were agreed to by UN member states in 2000 for reducing extreme poverty. The country report forecast that India will fail to achieve MDG targets for reducing child mortality and improving maternal health, and that it was “slow or off-track" on other targets as well.