Athens: Greece’s outgoing prime minister Lucas Papademos on Thursday warned that it would be “disastrous" for the country to heed mounting calls at home and unilaterally reject the tough terms of its EU-IMF bailout.

“Any modification...must be pursued in a spirit of consensus and with the full agreement of European peers," Papademos said in an open letter posted on the prime minister’s website. 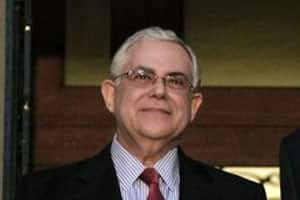 Fears of a Greek exit from the euro zone have spiked after angry voters on 6 May supported anti-austerity parties that want to tear up the EU-IMF loan agreement and reverse “barbaric" salary cuts and labour reforms.

The election failed to produce a clear winner however, and a caretaker administration was sworn in Thursday with the sole task of holding new elections in June.

European leaders have warned Athens it will be denied further loans from a €130 billion ($165 billion) package set up in February if Greece falters on its pledges.

“The decisions we take could seal Greece’s course for decades," said Papademos, who took over as caretaker premier in November to ratify the bailout and broker a landmark rollover of the country’s enormous debt.

“They could lead the country to the fringe, cancelling historic national achievements of the last 38 years," he said, referring to the restoration of democracy in 1974 after a seven-year military dictatorship.