Mumbai: Rising interest costs and execution are the biggest challenges in the development of a viable renewable energy sector in India, panellists said at the India Economic Summit of the World Economic Forum (WEF) in Mumbai on Monday.

“In the last 12 months, interest rates have gone up six times, which is a disincentive for the renewable energy sector that requires high capital investment," said Tulsi Tanti, chairman of wind turbine maker Suzlon Energy Ltd. 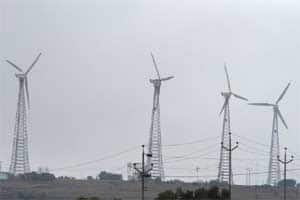 The Reserve Bank of India (RBI) has been increasing interest rates to reduce demand and douse inflation that has remained stubbornly high. The central bank has raised policy rates 13 times since March 2010.

Another area of concern is that most financial incentives offered by the government in the wind power sector are focused on installation of capacity rather than actual production, said Jamshyd N. Godrej, chairman and managing director of Godrej and Boyce Manufacturing Co. Ltd.

Emphasizing the importance of companies making use of renewable power, S. Gopalakrishnan, executive co-chairman of information technology firm Infosys Ltd, said his company is aiming to secure its entire energy needs from renewable sources by 2017.

Gopalakrishnan stressed the importance of technology in making energy-efficient solutions more easily accessible. Infosys has designed in-house expertise to monitor and optimize energy consumption at its campuses and will take these solutions to its clients for their offices.

“Information technology can be a huge driver for energy efficiency," he said. “It can be leveraged to utilize resources more cost-effectively."

Tanti said energy consumption in India can be optimized if the private sector is allowed to play a greater role in the transmission and distribution of power, matched by a corresponding withdrawal of government agencies from these functions.

While private sector companies are setting up large power-generating capacities in the country, transmission and distribution are still largely controlled by government companies.

“A major concern is that most of the state utilities are in poor financial health. Banks are not interested in financing the power sector," Tanti said. “The private sector should be allowed a play in the entire value chain."