Joseph Vattakaven’s office is on the back of an elephant. His job involves patiently sitting atop his ride, sometimes for 16 hours at a stretch, to try and make tigers accept his presence in their area. He was once rewarded with the rare sight of a tigress breastfeeding her newborn cubs just a few feet away—an incredible sign of trust. 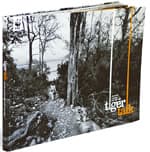 “Our focus was to work with people who had an unconditional love for tigers," says Jain. “Those who have been attacked and injured by the animal, but continue to love and protect them."

Like Subedar Ali, a mahout and anti-poaching patrol leader in Corbett National Park in Uttarakhand. In 1984, while collecting fodder for his elephant, Ali was attacked by a tiger. Seven surgeries and 36 bottles of blood later, Ali made a complete recovery. As soon as his rehabilitation was complete, Ali was back at his job in Corbett.

Jain spent days hearing the stories of people such as Ali to try and capture the spirit of their work in the portraits.

“Then I would walk with them to areas of the forest that they really liked or visited often, and shoot their portraits there," says Jain.

Elephants, which play a major role in the book as the transport of choice for the tiger crusaders, would often engage playfully with Jain. As in the Kaziranga National Park in Assam, where a baby elephant made repeated efforts to get Jain to play with her, poking him in the back with her trunk while Jain was knee-deep in mud shooting portraits of Satyaban Pegu, a wireless officer at the reserve.