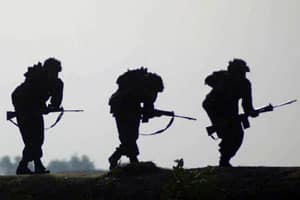 Of this, in excess of Rs79,000 crore is likely to be spent on buying military hardware.

Defence analyst Rahul Gangal said this does not necessarily mean that a bulk of the money will be allocated towards big-ticket purchases, such as the proposed deal to buy fighter jets for the Indian Air Force.

“Most of the additional money would go towards several big and small deals that have been pending. Allocations for the fighter jet deal would come in much later," he said.

Gangal added that it was not yet clear how much of the money would go towards strategic special forces.

Besides the combat jet deal, India is likely to sign several deals to procure canons, small arms, submarines, attack helicopters, radar and other defence equipment in the next few months.