New Delhi: The Eurofighter Typhoon may have emerged as the lowest bidder (L1) in the multi-billion dollar deal to procure 126 fighter jets for the Indian Air Force (IAF), according to people familiar with the matter.

Mint could not independently verify this. 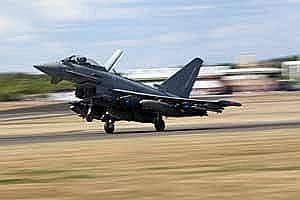 The Eurofighter Typhoon is promoted by European Aeronautic Defence and Space Co., or EADS. The other contender vying for the L1 slot is the Rafale, promoted by Dassault SA.

Boeing’s F/A-18E/F Super Hornet, Lockheed Martin’s F-16IN Super Viper, both from the US and initially seen to be among the frontrunners, Russia’s Mikoyan MiG-35 and Sweden’s Saab JAS 39 Gripen were the other contenders.

The defence ministry short-listed the Eurofighter and the Rafale after extensive field trials. The shortlist was announced on 29 April. The deal is potentially worth $10 billion, which would make it the single largest defence deal India has ever struck.