India&#8217;s biggest law firm prepares for next stage of evolution

India’s biggest law firm prepares for next stage of evolution

Mumbi: India’s biggest law firm Amarchand & Mangaldas & Suresh A. Shroff & Co. plans to get even bigger in the next five years by doubling in size to about 1,000 lawyers. But the firm will still run like a bicycle, the analogy that the firm’s joint managing partners —brothers Cyril (52) and Shardul Shroff (56)—like to use to explain the management structure.

“We never, in our model, see the founder family exiting from the scene completely," says Cyril Shroff. “We will continue to remain influential but we will see it as a partnership with a non-family (component)." 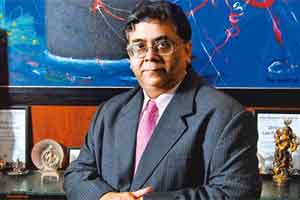 While not everyone’s seen the full document, a summary has been made available (see box).

“It is the next milestone in disruptive change that we wanted to lead in the firm and, because of who we are, in the marketplace as well," says Cyril Shroff. “We almost see it as a duty to the profession to keep evolving."

The aim is to evolve from a majority family owned and managed law firm into an institution that will survive alongside future generations of the founding family.

Under their leadership, the firm has grown over the last two decades to 555 lawyers, of whom 59 are partners and 496 associates. They took over when their father Suresh Shroff died in 1994.

Most rivals are happy to concede the position Amarchand occupies in the market.

“They certainly deserve the first spot that they normally get," says Rajiv Luthra, founder and managing partner of Luthra & Luthra. “My view is that they are an extremely good, professional firm and they do a terrific job."

The family is committed to diluting its share under Amarchand 3.0. This has been an ongoing process since 1995 when it had a 100% holding, says Cyril Shroff. “Obviously we will always retain a sizable chunk to remain influential, in fitting with the theory of two wheels. But by 2017, we roughly expect we will be below 50% —somewhere between 40 and 50."

A comment by a partner at a rival reflects some of the scepticism that prevails. “It is all very good on paper. Whether in reality it is going to happen or not I still have my doubts."

The less charitable among ex-partners and former insiders dismiss the plan as “new bottle, old wine".

Cyril Shroff defends the strategy and the firm’s intentions: “We made a choice. You can criticise that choice, but we are very honest and transparent about that choice and always have been so."

Cyril Shroff says that expanding the management committee has been one of the most fundamental changes at Amarchand—two senior outside consultants have been added to three family and four non-family partners.

The two are ex-Slaughter and May partner George Goulding and ex-BCG partner James Abraham, who will each commit at least 40 days a year to attend monthly management committee meetings and assist in management, Shroff says.

Their role is less about taking sides or overruling other partners and is mostly related to bringing in best practices, says Vikram Bhalla, BCG lead partner on Amarchand 3.0. The two men “have a huge reputation. I am sure they do not want to tarnish (this by) being yes men to Cyril and Shardul. That’s not why they have been brought on board."

Most of the firm’s equity is currently held by the Shroff family—Cyril, Shardul and their respective wives, Vandana and Pallavi, who are also practising senior partners in the firm, and family matriarch Bharati Shroff.

The rest of the profits are shared with 18 non-family equity partners in a modified lockstep model. Partners on the seven-stage ladder accrue points over time, subject to satisfying the requirements to pass two “gateways" at three years and five years.

While the Shroffs are in a minority on the new management committee, which constitutionally operates by majority vote, Cyril Shroff says that even under the old one “no single decision has been taken which was not unanimous".

The three Shroff members retain a veto only over “four or five… key strategic issues", he says, including about whether Amarchand should align itself with a foreign firm and whether it should open offices abroad.

The non-family members of the committee will rotate every two years, with the managing partners nominating their replacements.

Amarchand is dominated by the personae of Cyril and Shardul Shroff—the former based in Mumbai, and the latter in Delhi.

“Cyril and Shardul want to make it a less personality-driven firm but, whether they like it or not, they are huge personalities," says Bhalla. “People listen to them. There’s nothing you can do in a governance structure (to say), ‘please don’t listen to them’."

Another person close to the firm, who didn’t want to be named, said, “There is no one as smart as Cyril or Shardul in the office." As leaders, rainmakers and in terms of seniority, the status of the two Shroffs is undisputed. It would be impossible to imagine any of the other partners currently vying for one of the two managing partner positions held by the brothers.

Besides which, not too many lawyers may want to run a firm, says one of them.

“Amarchand partners are so committed to work that they really don’t want to be burdened with the task of managing the firm," says Shardul Shroff, but adds that the future is not set in stone in that respect.

“Suppose there is an extraordinary leader who can take all people along, we will look at what is best for the family and the firm… There is nothing to prevent them (from becoming managing partner)."

“Some of this is all hypothetical," accepts Cyril Shroff. “Shardul and I hopefully have a nice 10 years to go at least, unless we suddenly drop dead, but except for that we are good to go for a long time. And by that time the firm will be something else."

Leadership, therefore, is likely to be a question that will become important only when the younger Shroffs come of age.

“They just need the time, space and the experience, which they’re getting," says Shardul Shroff about the next generation. “They’re growing through the ranks, we’ve not parachuted them into any positions."

The Shroff brothers these days present a united front, with little external sign of disruptive family politics that was once the gossip in legal circles. Some observers say the BCG project drew the family closer, with the realization that good relations between Delhi and Mumbai are indispensable to the firm’s business.

“We realize that yes, families can splinter," says Shardul Shroff. “But we have constitutionally provided how it should happen, and the consequences of doing it."

Attrition could spoil the plan for expansion though.

In the last few months, four partners or equivalent-level lawyers have left Amarchand (two are going to Khaitan & Co., one is joining the Omidyar private equity fund and another is going solo). During that period, Amarchand has gained more than three new partners, including one to head its Chennai office and two lawyers made partners in its Kolkata office. Several other lateral hires and promotions will be announced in the coming months.

“Obviously nobody likes to lose a good partner, but it is not something which fundamentally changes the story," says Cyril Shroff. “It’s a big ship that can take these things in stride."

A “bell curve" distribution bonus structure implemented in February last year has, meanwhile, led to some resentment among the younger lawyers.

The method sought “to differentiate between performers and non-performers, and to reward superior performance in a superior way," Cyril Shroff explains.

As for foreign firms entering India and adding to attrition pressures, the Shroffs say Amarchand 3.0 targets are “agnostic" about any such relaxation.

Any opening up in this regard would be “disruptive" and could cause some loss of talent, says Cyril Shroff, but there would also be “compensating factors" that would offset this and see the market grow.

To hit the 1,000 lawyer headcount target by 2017, Amarchand will need a net increase of roughly 100 lawyers and around 10 partners per year.

“We are continuously recruiting and continuously active... recruiting almost 80 lawyers every year," says Shardul Shroff. “If you assume 5-10% attrition, you will hire 120—these things are not a deterrent."

In a “pipeline discussion" this month, the management committee concluded that “hypothetically even if we do no lateral recruitments we are okay until 2017. We have a really good pipeline," Cyril Shroff says. “Our strategy is West and best. We are going to get lawyers from outside (India), as well as going to go for the best talent here. We intend to be the most sophisticated and progressive institution in the legal market."

The firm now has a clear vision about how it intends to achieve that.

Key elements of the BCG report

• Three new offices in 2012: Chennai, Ahmedabad and Pune giving it a national footprint of eight. By 2017, the firm aspires to have an overseas office, location not yet decided on

• Dilution of family equity below 50% by 2017 to cede share to non-family equity partners who are now all on a modified lockstep model. Introduction of two gateways into the lockstep that can only be passed if parameters are met

• Non-family equity partners cannot make capital contributions to the firm, although this is understood to be under review following some partners’ resistance

Kian Ganz is a lawyer-turned-journalist based in Mumbai, from where he publishes legallyindia.com.