Govt may earn over ₹ 1 trillion from telcos

Govt may earn over ₹ 1 trillion from telcos

New Delhi: The government could make more than ₹ 1 trillion if the proposal to charge the country’s incumbent telecom service providers a one-time fee for the spectrum they have is accepted by the cabinet, according to department of telecommunications (DoT) estimates.

If the cabinet chooses the option of charging the operators for all the spectrum they hold, the government could stand to make as much as ₹ 72,506 crore from operators on the GSM technology platform and another ₹ 54,000 crore from the country’s CDMA-based operators. 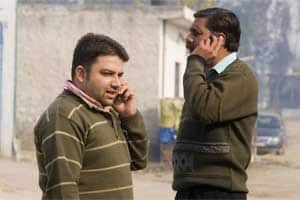 If the cabinet chooses the third option of making the operators pay for spectrum above the contracted 6.2MHz, then according to DoT estimates, the government would get ₹ 29,288 crore from just the GSM operators.

The estimates are part of the proposals forwarded to the cabinet committee on infrastructure for a decision at its meeting on Tuesday. The cabinet, which has to take the final decision, forwarded the matter to the empowered group of ministers that is looking into 2G auction issues.

Interestingly, DoT has decided to remove the option of charging the operators for spectrum retrospectively and instead based its estimates on operators paying for spectrum from 1 October.

“A decision on whether to charge the operators retrospectively will be based on the outcome of the presidential reference that is with the Supreme Court," said R. Chandrashekhar, secretary, DoT.

“Some licensees have already approached the TDSAT (telecom disputes settlement and appellate tribunal) for start-up spectrum they are waiting for as well as the 1.8MHz top-up spectrum to take their holdings to the contracted 6.2MHz," a DoT official said, requesting anonymity. The official said its preferred choice remained paying the auctioned-determined price prospectively for all spectrum currently held.

Telecom Regulatory Authority of India (Trai) had suggested, in its recommendations on the issue, to charge the operators only for spectrum above 6.2MHz prospectively.