In a regular report on measure that restrict trade, the European Commission found that Europe’s trading partners had put up 131 new trade barriers against the bloc in the past year, bringing the total to 424. 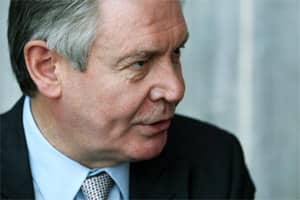 Protectionist measures such as charges at borders, local-content rules, demands that EU firms share their technological know-how and financial support to specific sectors, had “an overall worrisome trade-distortive impact on world trade and investment," the report said.

“A tendency towards industrialisation policies, which combine industrial support and trade-restrictive measures, has consolidated among emerging economies," it added, singling out Argentina and the so-called BRIC countries -- Brazil, Russia, India and China.

The report was released ahead of a meeting of G20 leaders in November and just days before European leaders were scheduled to meet in Brussels to find remedies for the bloc’s financial crisis.

The findings echoed those of a World Trade Organization report this summer which warned against rising protectionist measures, as well as a growing volume of commodities export restrictions. Such moves violated a stand-still pledge by G20 nations made in 2008 not to slip into protectionism.

Brazil, Russia, Argentina and Algeria in particular have been closing their doors to EU firms bidding for lucrative public infrastructure projects, the report said.

“New, planned or reinforced trade-related restrictions... continue to be a cause of concern," it said.

Brazil, Argentina and Indonesia were restricting foreign services providers and inward investment, while Russia, China and India were leading a trend of restricting raw materials exports, according to the report.

The report is likely to increase calls within the EU to bolster protection for its own markets. The Commission plans to propose legislation later this year that would deny public procurement contracts to foreign bidders from countries that restrict bids from the EU.

The Commission, under pressure from traditionally protectionist countries such as Italy and France, is also holding informal discussions on whether to introduce an EU vetting procedure on inward foreign investment.

The EU is also considering long-term import tariffs against goods from Chinese steel pipes to plastic from the Gulf states.