Thanks for Visiting Mint
You seem to have an Ad Blocker on. Please turn it off in order to continue, or whitelist Mint
HOW TO TURN OFF AD BLOCKER
OR
REFRESH IF YOU ALREADY TURNED OFF THE AD BLOCKER
Home >Politics >Policy >Election Results 2017: Narendra Modi-led BJP juggernaut rolls on

New Delhi: The final round of elections in 2017 ended like the year began for the Bharatiya Janata Party (BJP): in victory.

For the record, it predictably routed the Congress in Himachal Pradesh, but just about hung in there in Gujarat, scraping together a record sixth consecutive term. Adding the audacious win in Uttar Pradesh, this would by far be the best ever electoral year for the BJP. 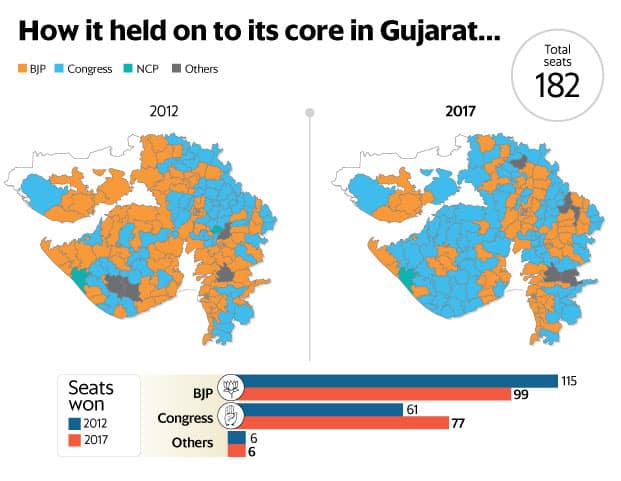 Consequently, its national electoral footprint has witnessed an unprecedented expansion, reinforcing its status as the principal pole of Indian politics. From controlling political power in eight states in 2014, over and above its hold of the Union government, the BJP has, after the recent round of polls, expanded its presence to 19 states in the country, leaving it perfectly poised ahead of the 17th general election due in 2019. 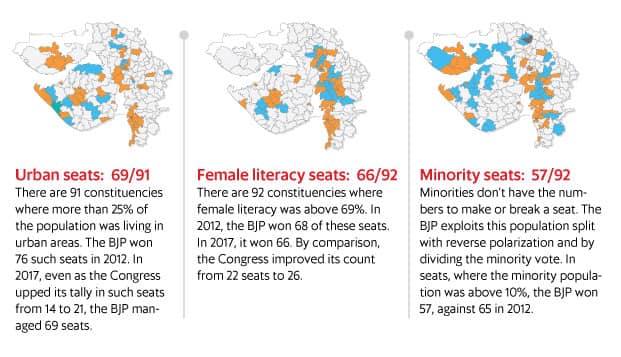 The BJP was quick to describe the twin wins as an endorsement of its development policies, signalling the Union government’s intent of pressing ahead with another round of economic reforms. Addressing party workers in New Delhi, Prime Minister Narendra Modi said, “Support for BJP shows the nation is ready for reform agenda and every citizen wants India transformed".

The victory is indeed admirable, no doubt, though the slim margin of victory in Gujarat is cause for introspection. Yes, the victory is remarkable for Modi; not just for the record he helped fashion for his party, but for the fact that it came after overcoming the perfect political storm—generated by voter angst over a combination of rural distress, dip in governance (especially after Modi relocated to New Delhi) and disquiet among the powerful Patel community. Holding your own against such adverse circumstances shows political resilience as well as character. 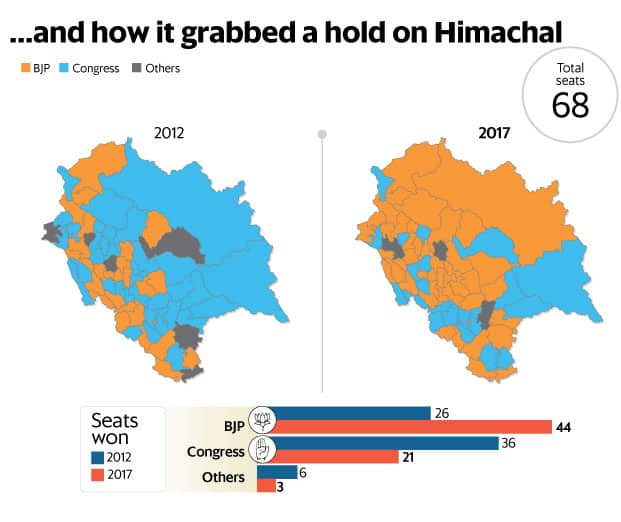 Exactly the reason why the Congress, led by its new president Rahul Gandhi, must be kicking itself for not tapping public anger. On hindsight, it must be regretting outsourcing the Patel stir to the pugnacious 24-year-old Hardik Patel and relying more on caste math and its version of soft Hindutva rather than pressing home its initial argument that development was failing Gujarat (vikas gando thayo che, which loosely translates to “development gone crazy"), especially its interiors reeling under the impact of rural distress.

The voter anger was most visible in the verdict in rural Gujarat. But for an upswing in its performance in urban areas, where the BJP won over its critics, the party would have been hard-pressed to offset these losses. Clearly, the distress call from farmers in Gujarat echoed what their counterparts elsewhere in the country have been articulating for several years—the BJP-led National Democratic Alliance, too, is guilty of ignoring this SOS call. 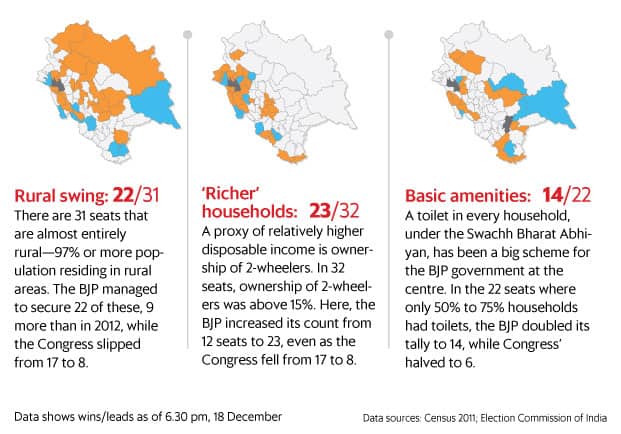 With the benefit of hindsight, the critical factor differentiating the performance of the two parties was the presence of Modi at the helm of the BJP and the organizational skills of party president Amit Shah. In the final leg of the campaign, the three-term chief minister of Gujarat leveraged his personal connect and played on popular fears to give his party momentum to nudge the Congress to a close second.

For Rahul Gandhi, the news is mixed. Losing Himachal Pradesh would no doubt hurt, but then it can be explained away as the peculiar voting pattern in the state which alternates power between the Congress and the BJP every five years. But the fact that he managed to take the fight to the BJP on its home turf would be a morale booster for the youthful Congress president and his party.

At the same time, what should worry the Congress is how it was unable to better electorally monetize the perfect storm that confronted the incumbent BJP to pull off an upset win which would have had the potential to dramatically alter the future odds. 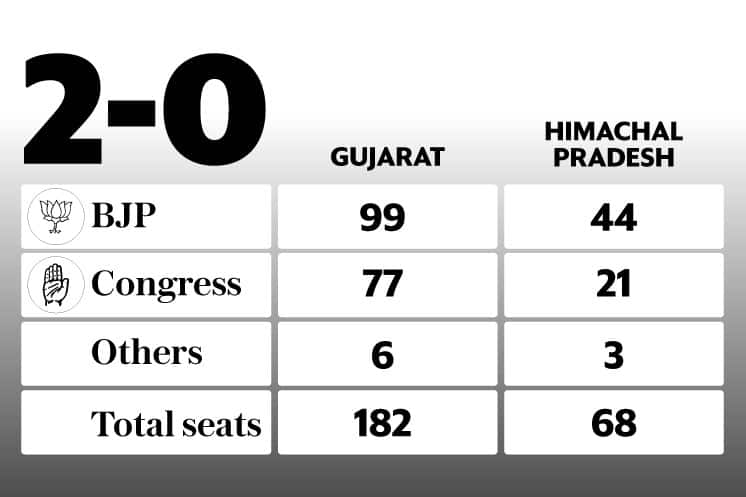 However, these elections have certified Gandhi as the principal challenger to Modi. The Congress meltdown in 2014 and defeat in subsequent assembly elections had dented the party’s reputation; people had begun to question its ability to lead the opposition. For some time, Arvind Kejriwal of the Aam Aadmi Party and Nitish Kumar of the Janata Dal (United) showed the promise of replacing the Congress as the opposition’s face but faded away. By giving a tough fight—some would even say a bloody nose—to the BJP on its home turf in Gujarat, Gandhi has earned the right to politically challenge Modi.

This will no doubt have a bearing on the 2019 general election, especially since the Congress squares up directly against the BJP in elections in Karnataka, Rajasthan and Madhya Pradesh. Gandhi will have ample occasion to test his mettle against Modi and answer his critics.

In the final analysis, it is clear that the honours rest with the BJP. But the Congress can console itself that unlike in some recent electoral contests, this time it did not hand a walkover to the BJP.